NZ trainer Nigel Tiley has never lost faith in Demonetization even though the All Too Hard gelding was at death’s door twelve months ago.

“We nearly lost him in Queensland last year,” Tiley recalled.  “He picked up a deep-seated lung infection.  If he was human, you would say he had pneumonia.  We brought him back home for a really good break and he’s a much better horse this time in.”

Demonetization won first-up at Avondale last month and confirmed he was on track for a Group 1 campaign with another impressive victory at Matamata on Saturday.  “He was superb at Avondale,” Tiley said.  “To carry 62kg and do it that easily just showed that he’s back to like he was as a three-year-old.”

Settled behind the speed by Leith Innes on Saturday, he responded in the Heavy 10 conditions in a performance that impressed everyone including the on-course broadcaster.

“Demonetization got there,” the caller cried.  “He’s a class act, alright!”

Tiley has nominated Demonetization for the Group 1 Triple Crown at Hawke’s Bay starting with the Tarzino Trophy (1400m) on September 19.  “He’s a quality horse and I’ve got him in all three legs.  We will start with the 1400m and make a decision what we do with him from there.”

The final legs of the weight-for-age championships are the Windsor Park Plate (1600m) on October 3 and Livamol Classic (2040m) on October 17.  “He races like a stayer,” Tiley added.  “The only time he’s tackled 2000m was in Queensland when he wasn’t right so you can’t judge him on that.”

Demonetization was bred by Bob and Sandra Peters from their Zabeel mare Midnight Special and was purchased by Auckland owner Narendra Balia for $220,000 at the 2016 Karaka 2YO Sale.  He paid that back with a Group 2 victory in the 2018 Auckland Guineas but missed the NZ Derby Gr.1 with a fetlock injury.

All Too Hard stands at Vinery at an unchanged fee of $27,500 (inc GST) this year payable on a live foal.  His 3yo colt Hard Landing was denied the chance to win more black-type when the Moonee Valley meeting was abandoned on the weekend but his Adelaide raider Behemoth can more than make up for that in the Memsie Stakes Gr.1 at Caulfield next Saturday. 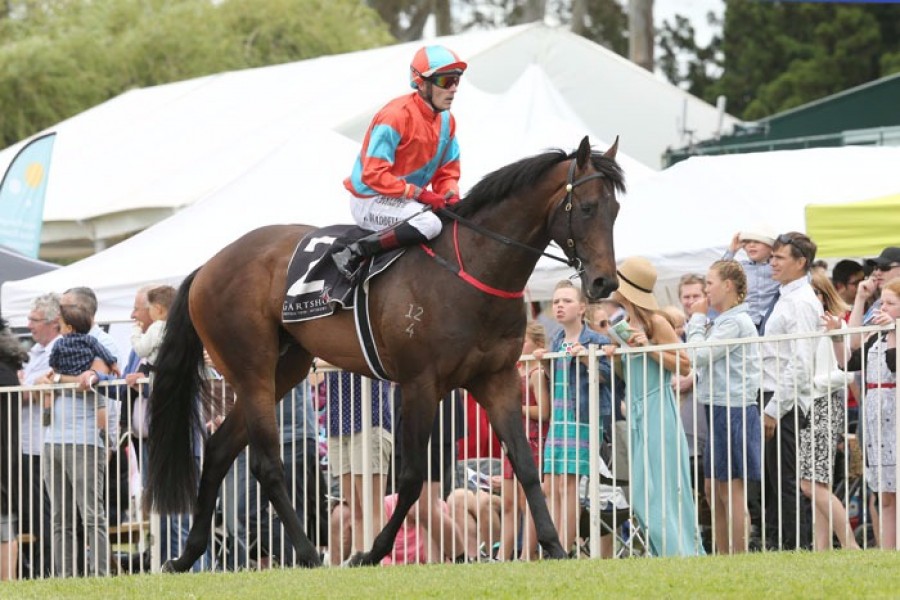