More Than Ready colt Hit The Road has given his owners food for thought after an authoritative victory in the Oceanside Stakes LR at Del Mar on Friday.

Due to a compressed program caused by COVID-19, he will be set for either the Kentucky Derby Gr.1 on Saturday, September 5 or the Del Mar Derby Gr.2 on Sunday, September 6.

“I’m just thrilled to win a big race on opening day at Del Mar,” trainer Dan Blacker said.  “This horse is super talented.  You can put him on the lead or take him back and Umberto (Rispoli) put him in a perfect spot today.”

Hit The Road (3c More Than Ready – Highway Mary by US Ranger) completed the 1600m on firm turf in 1:35.09s for owners DK Racing, Radley Equine, Taste of Victory Stables and Rick Gold.

He was purchased by Australian agent Craig Rounsefell for $160,000 at the 2018 Keeneland September yearling sale and had opened his black-type account in the Zuma Beach Stakes LR at Santa Anita in October.

His connections will make a decision between the dirt grand-final in Kentucky or the turf classic closer to home after Hit The Road runs in the Shared Belief Stakes LR at Del Mar on August 1.

“He’s by More Than Ready and his female side is all European grass,” Blacker acknowledged.  “Most likely he’s better on grass but he’s been training really well on the main track.

“To put my mind at rest, I will give him one shot on the dirt in the Shared Belief before we make a final call.”

More Than Ready (USA) covered his final southern book last year and there are numerous opportunities to buy into the Vinery legend at the Gold Coast Magic Millions National Sale this month.

There are 10 More Than Ready mares at the Broodmare Sale between July 20 and 22 and Lime Country Thoroughbreds has Irish Pipedream (Lot 252) carrying a PPT to him off an October cover at Vinery.  She is an unraced half-sister Rain Drum (Shannon Stakes Gr.2).

Vinery (as agent) has entered two of his foals for the Weanling Sale on July 23 and 24.  Lot 818 is a colt from an unraced half-sister to Zoustar and Lot 1064 is a filly foal from a winning daughter of Perignon (Light Fingers Stakes Gr.2).

Corumbene Stud has catalogued a More Than Ready yearling colt from Group 1 winning mare Hasna (Lot 1557) on July 28.  She has a perfect record from 7 to the races headed by Pago Pago Stakes Gr.2 runner-up Narcissus. 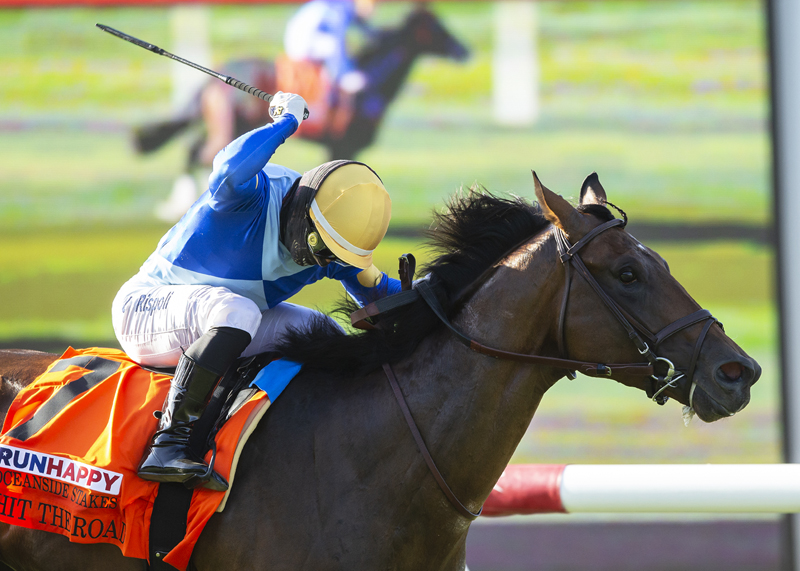