Redoute’s Choice added another name to his long list of winning sire sons when Drumbeats moved off the mark at the Sunshine Coast on Sunday.

Drumbeats filly Strong Will had been placed on debut at Kilcoy last month before scooting away for front-running victory in the Yalumba Wines Maiden (1000m).  Trained locally by John Zielke, she was sensationally backed from $11 into $2.80 and the gamble was never in doubt during an easy win over Rustic Miss (Sequalo) and Lucky Show Girl (Show A Heart).

Trained locally by John Zielke, Strong Will was an $11,000 buy at the 2014 Magic Millions QTIS Sale for owners Evan & Joan Hartley.  She is the second foal from Strong Spirit (Way of Light), a winning half-sister to Melbourne stakes performer Handsupfordetroit (Tobougg).

Drumbeats is bred on the successful Redoute’s Choice – Last Tycoon cross and was a $350,000 graduate of the 2007 Inglis Easter Sale.  He was raced by Darley to win the G3 Shannon Stakes and G3 Bill Ritchie Hcp in Sydney as well as the LR Hilton Stakes at Flemington. 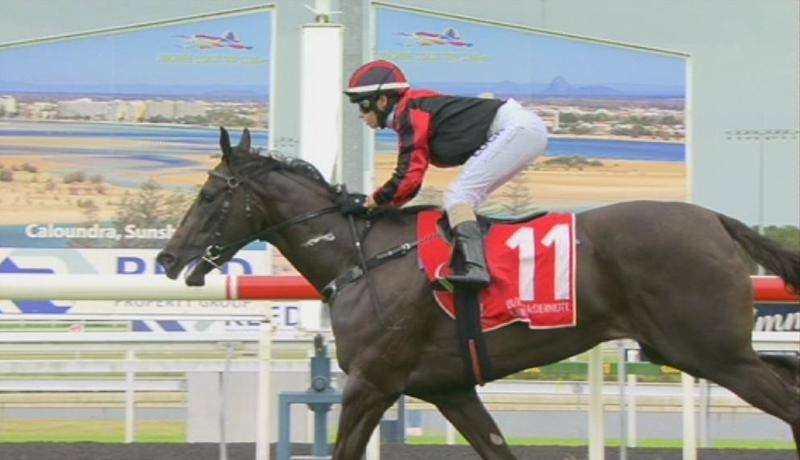