Trainers Adam Durrant and Justine Erkelens shared all five maidens programmed at Pinjarra on Sunday and, of the five, Constant Dreaming has the scope and pedigree to make the most progress in the next twelve months.

Constant Dreaming (3f Blackfriars – Aloha Miss by Hurricane Sky) was facing the starter for the second time in the Alcoa With Our Community Maiden (1400m) after getting out late for an eye-catching third at Northam last month.  There were no traffic problems for Clint Johnston-Porter at Pinjarra.  He settled in the running line and, after taking time to get balanced in the straight, let her down to reel in longshot Lucie Manette (God Has Spoken).

The Blackfriars filly is a homebred for the Durrant family and Melbourne-based client Tony Wilson.  They also bred and raced Blackfriars stayer Kia Ora Koutou to a Listed victory in the JRA Cup at Ascot and a Group 1 placing in the 2015 Victoria Derby.

Constant Dreaming is from the last crop of Scenic Lodge legend Blackfriars and is a younger sister to LR Aquanita Stakes winner Tena Koutou.  Their dam Aloha Miss, who won over 1200m at Ascot and Belmont, continues to be covered at Scenic Lodge and her latest foal is a colt on the ground by Snippetson. 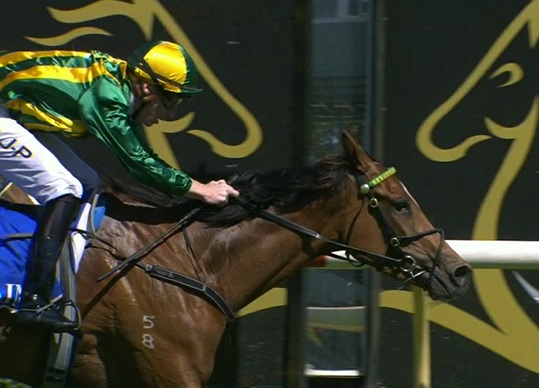