All Too Hard commenced his countdown to the Magic Millions with Far Too Easy at Doomben on Saturday and it will climb to the elite level at the Hong Kong International meeting this Sunday.

The Vinery sire’s star sprinter Wellington won the Group 1 Chairman’s Sprint Prize (1200m) earlier this year and will join local icons Fairy King Prawn and Silent Witness if he can double up in the Group 1 Longines Hong Kong Sprint (1200m) at Sha Tin.

Despite an interrupted campaign, Wellington is quoted on the fourth line of opening markets at $8.50.  He was withdrawn from the Premier Bowl in October when found to be lame and finished midfield when resuming in the Jockey Club Sprint last month.

“It’s all about his preparation – it hasn’t been ideal,” jockey Alex Badel admitted after they won a 1000m trial in 61.87s last Friday.  “He wasn’t quite fit first-up but I thought it was a good effort.

“We know he’s a top horse and he should be back in better shape on the big day.  He’s honest, well-behaved and very talented.  All in all a dream horse.”

Trainer David Hayes can win a support race at the International meeting with All Too Hard’s Australian Group 2 winner Helene Allibor.  He won a Sandown Guineas prior to shipping off-shore and is primed for a breakthrough in the Jim And Tonic Hcp (1800m).

All Too Hard is popular in Hong Kong.  He has sired the winners of 29 races in the colony following Alcari’s victory in the Opal Hcp (1000m) at Sha Tin on Sunday.

Closer to home, All Too Hard’s emerging 3yo Far Too Easy will be set for the $2million Magic Millions Guineas RL after producing a powerful finish in the Winning Rupert Plate (1200m) at Doomben on Saturday.

“He’s still maturing and has got a future,” trainer David McColm predicted.  “We knew he was something else after winning his first two starts at Grafton and he’s just kept getting better and better.”

Far Too Easy was bred and sold by Baramul Stud for $45,000 at the 2020 Gold Coast Magic Millions and he’s a full-brother to All Too Hard’s multiple Singapore Stakes winner Hard Too Think.

Vinery bloodstock manager Adam White is taken with the filly who is the second foal from winning More Than Ready mare Proposal.  Her first is the Richard & Michael Freedman-trained All Too Hard 2yo filly Keroessa.

“She’s a very nice type and it’s the All Too Hard – More Than Ready cross,” White said.  “All Too Hard will attract a wide buying bench at the Magic Millions.  He’s a proven Group 1 sire and had a 91% clearance at the yearling sales in 2021.” 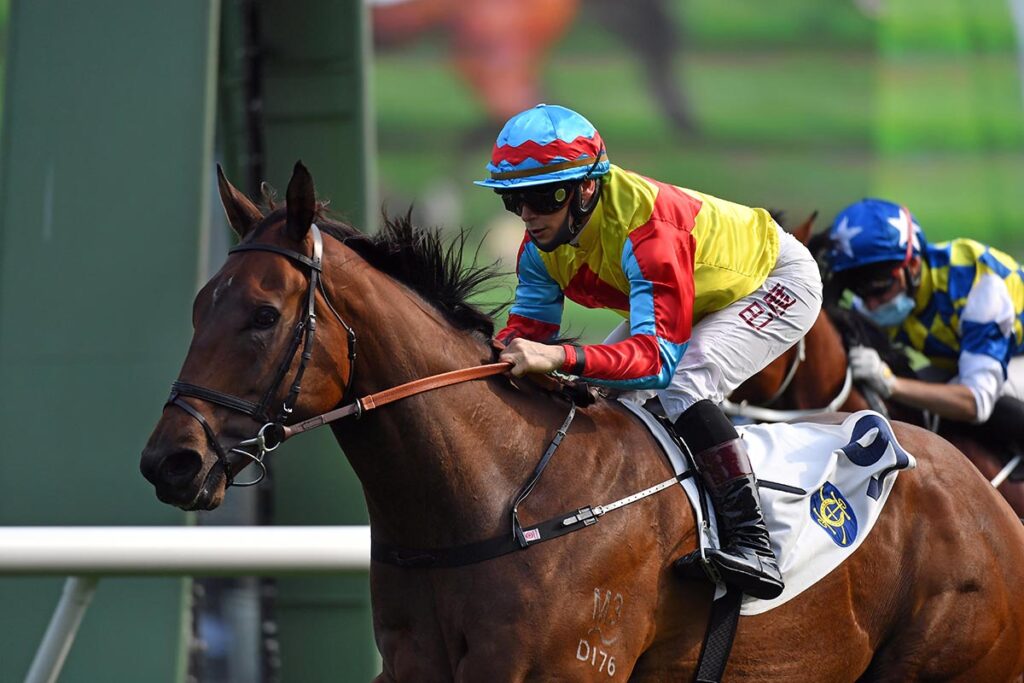