More Than Ready stayer Eagle Way is all set to farewell these shores with a Group 1 victory in the Queensland Derby (2400m).

Trainer Bryan Guy will hand over the reins to Hong Kong based John Moore after the $600,000 classic at Eagle Farm on Saturday.  “He’s got a live chance and I’m really looking forward to the Derby,” Guy said this week.  “The horse is going terrific and I’m very happy with him.  Everything is good.”

The TAB has installed Eagle Way a $5 second-favourite behind market-leader Howard By Thy Name at $4.20.

Moore’s son George purchased Eagle Way as a yearling for $200,000 at the 2014 Inglis Easter Sale.  He’s a younger half-brother to Assertive Eagle, Impressive Eagle and Soaressa who all won stakes races in Adelaide albeit in sprint company.

“John wanted to know what I had in mind after he won over 1800 metres at the Sunshine Coast in January,” Guy recalled.  “I said he was a Queensland Derby horse and John told me to go ahead and get him ready.”

Eagle Way (3g More Than Ready – Wedgetail Eagle by Lure) has run on strongly at all four runs this campaign and was an eye-catching second in the G3 Grand Prix Stakes (2200m) at Doomben last month.

“They walked in the Grand Prix and he really put in and found the line,” Guy said.  “Hopefully, we can send him off a winner.  It will be sad to see him go but John has been very good to me and I’m sure he will send me another horse soon.”

NZ three-year-old Okanagan (Testa Rossa) has been sold to Hong Kong by Sir Peter Vela.  He has been very impressive winning twice at Te Aroha in just three starts.

Trainer Murray Baker has confirmed his stablemate Gasoline (Pluck) will also do his future racing in Hong Kong.  The precocious youngster won at Ellerslie on Boxing Day and followed up with a black-type placing at Matamata before a midfield finish in the G1 Diamond Stakes at Ellerslie. 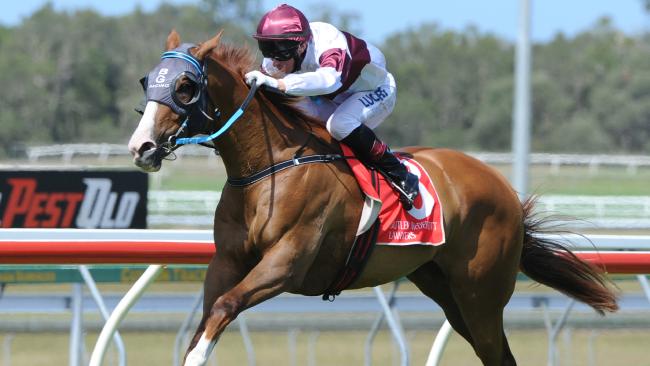