Group 1 sprinter Vespa is the perfect addition to Wellfield Lodge’s stallion roster in 2016.

The son of Elusive City was Champion NZ 2YO of his generation and is about to begin his stud career at the Palmerston North farm after bowing out earlier this year.

“In the last two or three years we have concentrated on strengthening our broodmare band with a number of quality purchases of our own and with clients,” Wellfield’s Bill Gleeson said.  “We’re always looking for opportunities and when this one came along we had to take it.

“Wellfield Lodge will stand him with Kevin Hickman, Chris Rutten and John Norwood who bred and raced the horse,” Gleeson said.  “Kevin is already involved with Zacinto in Canterbury and Valachi Downs up north so it’s absolutely fantastic that he’s also invested in the central districts.”

The winner of 7 of his 18 starts and more than $915,000, Vespa was crowned Champion NZ 2YO in 2014 after victories in the G1 Diamond Stakes and the LR Karaka Million.  He trained on at three to claim the G2 Wellington Guineas and LR Northland Breeders’ Stakes.

Vespa will join the Wellfield Lodge roster alongside Alamosa and Road To Rock. 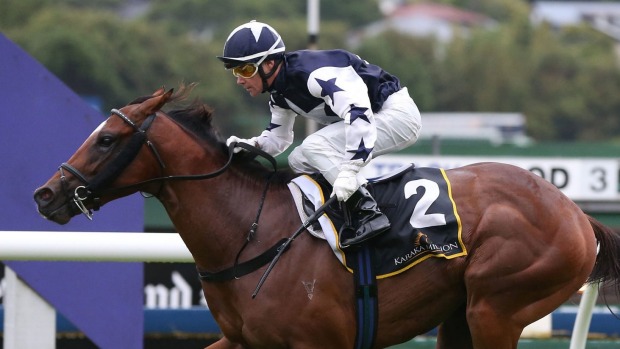