Lakeshore Eagle became the first horse out of the new Conghua training centre to win on debut in Hong Kong on Wednesday night.

He responded to a rails-hugging ride by Dougie Whyte to scoot through and score by a half-length in the Jedburgh Hcp (1200m) at Happy Valley.  He looks a nice type and a useful prospect for trainer Chris So and first-time owner Danny Chiang Ping.

Lakeshore Eagle has been with So for seven months which included a stint at Conghua, the multi-billion facility which is now an integral part of the Hong Kong racing environment.

“I thought he would run well and wasn’t surprised when he won,” So said.  “We’ve spent a lot of time on this horse – he just needed to develop.  I didn’t want to rush him, it’s not my style.”

The Master Of Design 4yo was initially sold for $75,000 by Basinghall Farm (as agent) at the 2016 Melbourne Premier yearling sale to Price Bloodstock.  He won trials at Pakenham and Cranbourne before moving off-shore in March.

“He ran in a couple of trials here last season but then went backwards,” So explained.  “I told Danny we should spell him for this next season.  And respect to him, he let me do everything I wanted.

“I have a lot of new blood like him in the stable and you can’t push them.  You have to wait.”

Lakeshore Eagle was bred by Tony Stevens and John Cappellin and is the first winner for Rose Syrah (Testa Rossa).  She was trained by Tony Noonan to win a Rivette Series Final at Flemington and was also placed in a G3 Eclipse Stakes at Sandown

Among his yearlings for sale next year is the first foal of winning Hard Spun mare Taspinar entered for the Inglis Melbourne Premier in March.  The brown colt has been catalogued as Lot 770 by Stonehouse Thoroughbreds as agent for Bridsan Bloodstock’s Brian Coyle. 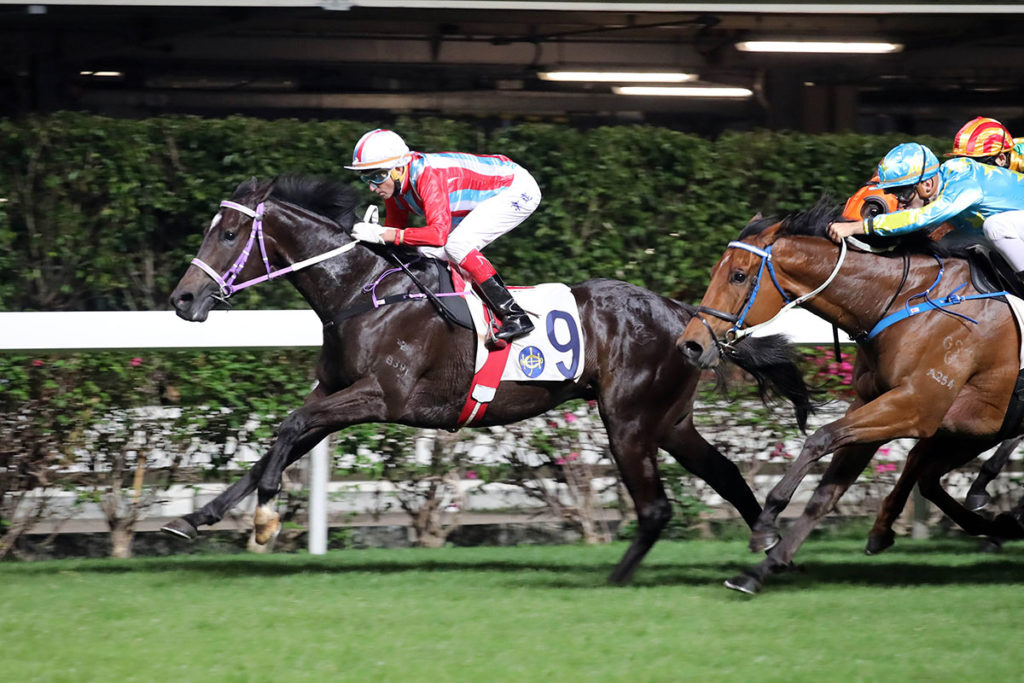