Dorrington Park owner Robert Crabtree reached a career-high as a vendor at the Inglis Premier Sale in March and he lifted the bar even higher with a $1.20 million filly at the Inglis Easter Sale last week.

Crabtree topped the leader-board at Oaklands with a $1.10 million Written Tycoon colt sold through Blue Gum Farm to James Harron Bloodstock.  It was his first seven-figure graduate but he eclipsed that in Sydney with a stunning I Am Invincible filly at Riverside Stables.

The I Am Invincible – Catchy (Fastnet Rock) filly was sold on his behalf by Bhima Thoroughbreds for $1.20 million to Chris Waller acting for Hermitage Thoroughbreds.  “Melbourne was terrific but this is just incredible,” Crabtree declared.  “I was tempted to keep her but you have to pay the bills.”

Crabtree paid Coolmore Stud $220,000 for Catchy at the 2016 Easter Yearling Sale and sent her to Lindsay Park where her first campaign was planned and successfully executed in the G1 Blue Diamond Stakes.  She also carried Dorrington’s red and white checked silks to Group 2 victories in the Danehill Stakes at Flemington and Arrowfield Sprint at Randwick.

After accruing $2 million prizemoney, Catchy was retired in 2018 and her maiden cover to I Am Invincible produced the standout filly in Sydney.  Crabtree offered to keep a share but that was declined by Hong Kong-based Hermitage owner Eugene Chuang.

Crabtree and his wife Sylvie can take some solace in the knowledge Catchy has a Zoustar filly foal back home at Nagambie.  And she is carrying a PPT from the first southern-hemisphere crop of Godolphin’s Group 1 star Too Darn Hot (Dubawi).

“Her I Am Invincible is just a magnificent filly and I thought she looked more like a colt,” he said.  “It’s been a great journey with her and it’s terrific when it works.”

Chris Waller’s bloodstock agent Guy Mulcaster had been very impressed with the filly from first sight.  “Catchy was a great race mare and this filly is such an athlete,” he explained.  “We liked the way she took the preparation.  We saw her about a month ago and she came here and took it all in her stride.  That’s what you look because the pressure goes on now.”

Dorrington also sold fillies by Written Tycoon ($600,000) and Fastnet Rock ($350,000) at the record-breaking Easter Sale.  They will both be trained by Mick Price and Michael Kent jnr.

The Written Tycoon is a half-sister to Mizzy (Zoustar) who won to Group 2 level at Rosehill in the 2019 Golden Pendant and Sheraco Stakes.  She finished second in the G1 Coolmore Classic last month and has been entered for the Magic Millions National Broodmare Sale in May

The Fastnet Rock filly is from G2 Toy Show Hcp winner My Sabeel (Savabeel) and the mare foaled another Fastnet Rock (colt) in September before being bred back to Trapeze Artist.

Dorrington’s other high-priced graduate at Riverside Stables was the colt by Siyouni (Fr) from Totally Mystic (Invincible Spirit) purchased by China Horse Club for $550,000.  He’s the first foal out of an unraced three-quarter sister to Champion English Sprinter Moonlight Cloud.

Siyouni was a 2yo Group 1 winner of the Prix Jean-Luc Lagardere at Longchamp and he claimed a hat-trick of French 2yo titles prior to the General championship in 2020. 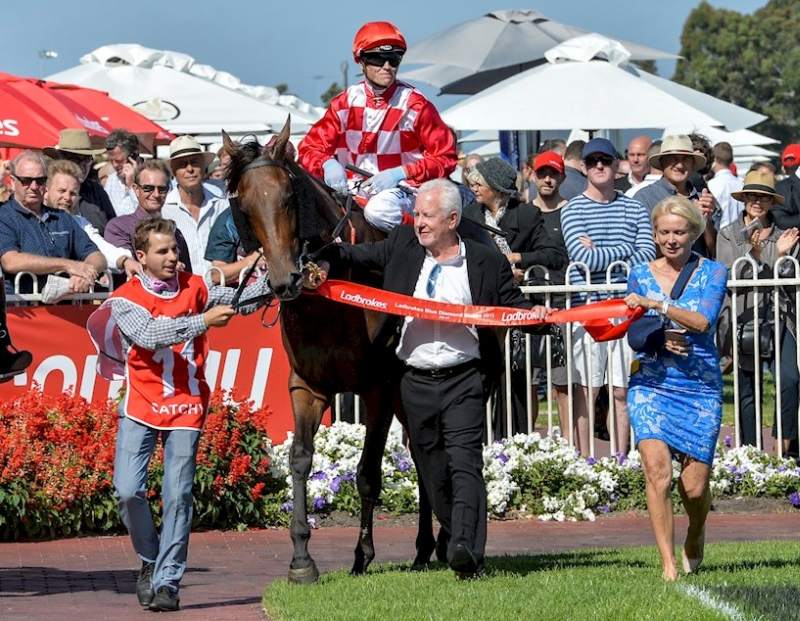