Bred and sold by Gold Front owners Alan & Sue Olive for $80,000 as a yearling, Eason has won three times in six starts and been runner-up in the other three for trainer Frankie Lor and owner Vivian Li Yi Mei.

Last Wednesday’s victory in the Bowrington Hcp (1200m) sent his earnings to the equivalent of AUD 568,675.  Piloted by Joao Moreira, the 3yo gelding justified strong support when blitzing his rivals from an outside draw in stall 12.

Eason (3g Written Tycoon – Prete A Partir by Choisir) made steady ground in the back straight under the ‘Magic Man’ before coming around the pacesetters to stride clear and score by a length and three-quarters.

“He’s only three and is a smart little horse,” Lor said.  “He is very quiet in the mornings and is good to deal with.  I hope he has a good future.  He’s done a good job from the barrier tonight.”

Eason (pictured) had won his previous start sitting on the pace and the latest emphasised his versatility being the first time that he has raced outside the first two.  His finishing effort suggests that playing a less prominent role may bring about further improvement.

French for ‘Ready to Go’, Prete A Partir won on debut for the Olives at Ascot in March 2014 and later that year split the Peters Investments fillies Ideal Image (More Than Ready) and Delicacy (Al Maher) in the LR Burgess Queen Stakes.

Prete A Partir had a Rich Enuff colt sell for $65,000 to trainer Stephen Miller through the Gold Front draft at February’s Perth Magic Millions.  The mare has a filly foal from the second crop of Victorian-based, Irish-bred sire Royal Meeting (Invincible Spirit) who won to Group 1 level in the 2018 Criterium International (1400m) at Chantilly. 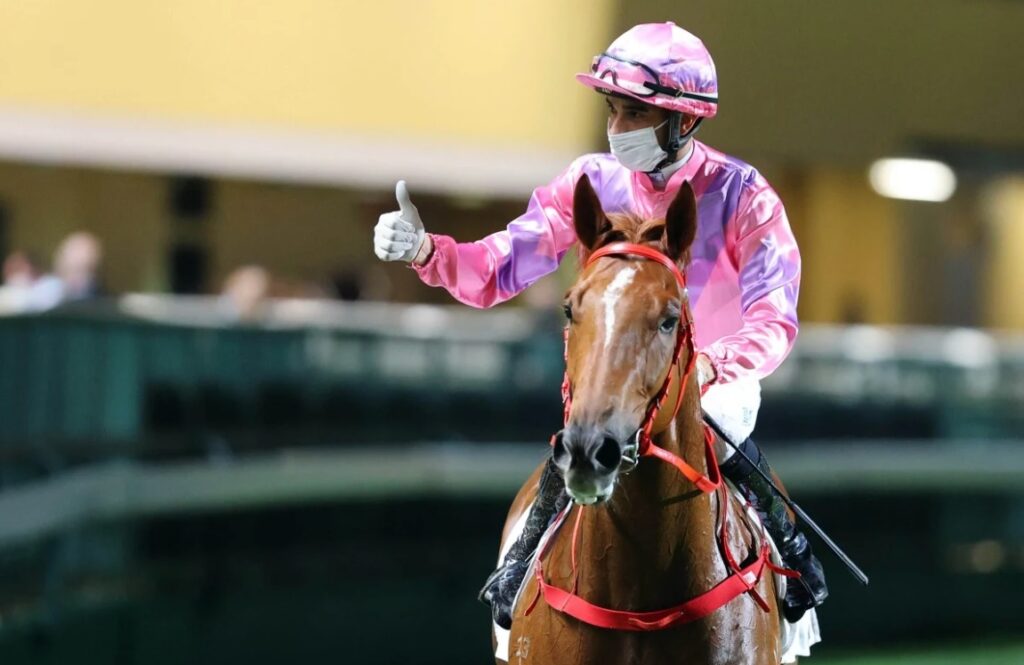