Punters could do worse than follow the 3yo winners from last Wednesday’s meeting at Pinjarra.

Their form will stand up and the 2yo race also threw up aptly-named winner Top Of The Pops.  The Dan Morton-prepared youngster cruised home off a quick clip on debut to score by two lengths in the GWN 7 Maiden (1200m).  “He got the job done and it was a top ride from Shaun O’Donnell,” Morton noted.  “He’s a son of Spirit Of Boom and let down nicely to win by a comfortable margin.”

Top Of The Pops is a homebred for Oakland Park Stud and is a younger half-brother to the Morton-trained LR Perth Stakes winner Beethoven (Helmet),

It’s a very successful juvenile family nurtured by Neville & Susan Duncan.   Their dam Molto Allegro (Fast ‘N’ Famous) is an Ascot-winning half-sister to Jukebox (Snitzel) who won a RL Inglis 2YO Premier and a G3 Vain Stakes at Caulfield.  He stands at Aquis Farm in Queensland and was off the mark in February with first-crop winner Jukebox Flyer (Newcastle) and Cabrinella (Ipswich).

Second dam Jestatune won a LR Gimcrack Stakes at Ascot and is a half-sister to Oakland Park’s 2014 WA Horse of the Year Ihtsahymn.

Molto Allegro was sent to Darley Victoria in 2020 and she foaled a colt by Blue Point (Ire) last September.  The Duncans bred her back to the three-time Royal Ascot Group 1-winning son of Shamardal in October.

Molto Allegro’s unraced 4yo daughter Moonlight Sonata (Sessions) is also based in Victoria since changing hands and she foaled a filly by Darley shuttler Frosted (USA) last September. 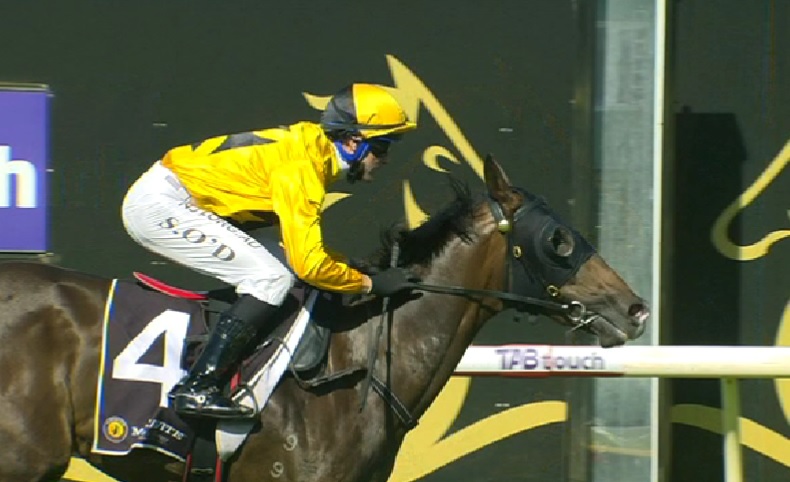 TOP OF THE POPS