Looks Like Elvis has moved a step closer to millionaire’s row with a last-to-first victory in Heat 4 of the VRC Winter Championships (1400m) at Flemington.

Sydney trainer Jarrod Austin sent his all-purpose son of Geisel Park sire All American to Melbourne in search of a firmer track on Saturday.  It paid off even though the Warwick Farm-based trainer was initially looking at a sombre trip back home after a tardy start for jockey Linda Meech.

“I can’t wipe the smile off my face,” Austin beamed.  “I wasn’t overly happy when he missed the kick but Linda rode him perfectly.   He picked them off one at a time and hit the line really well.”

Looks Like Elvis earned $71,500 to take his career prizemoney to $960,00 after accelerating through several gaps in the straight.

Austin will let the dust settle before making a decision on a return to Flemington for the LR Winter Championships (1600m) on July 2.

Victory in the $200,000 Final would send his bank-balance into seven-figures.  “He performs well every time he comes down here,” Austin added.  “He’s probably best held up over 1400m but he was only beaten a length over 1600m in the (G1) Epsom won by Probabeel a couple of years ago.”

All American sired Looks Like Elvis from NZ-bred mare Savalook (Savabeel) and that cross has also produced Doomben-winning mare American Diva.  He was bred by Mark Casey and Doug McLennan and was knocked down for $110,000 at the 2016 Inglis Classic yearling sale.

Meech deserved an extra sling for a sublime ride after the slow getaway.  “He was agitated in the gates and just stuffed it up!  I didn’t think we could win from there but he gave me everything.  There wasn’t a lot of room and he definitely would have been a good thing beaten without taking those splits.”

All American (Red Ransom) will stand for a $5,500 (inc GST) service fee at Geisel Park this year alongside Manhattan Rain (Encosta de Lago) who covers his first WA book for $8,800 (inc GST). 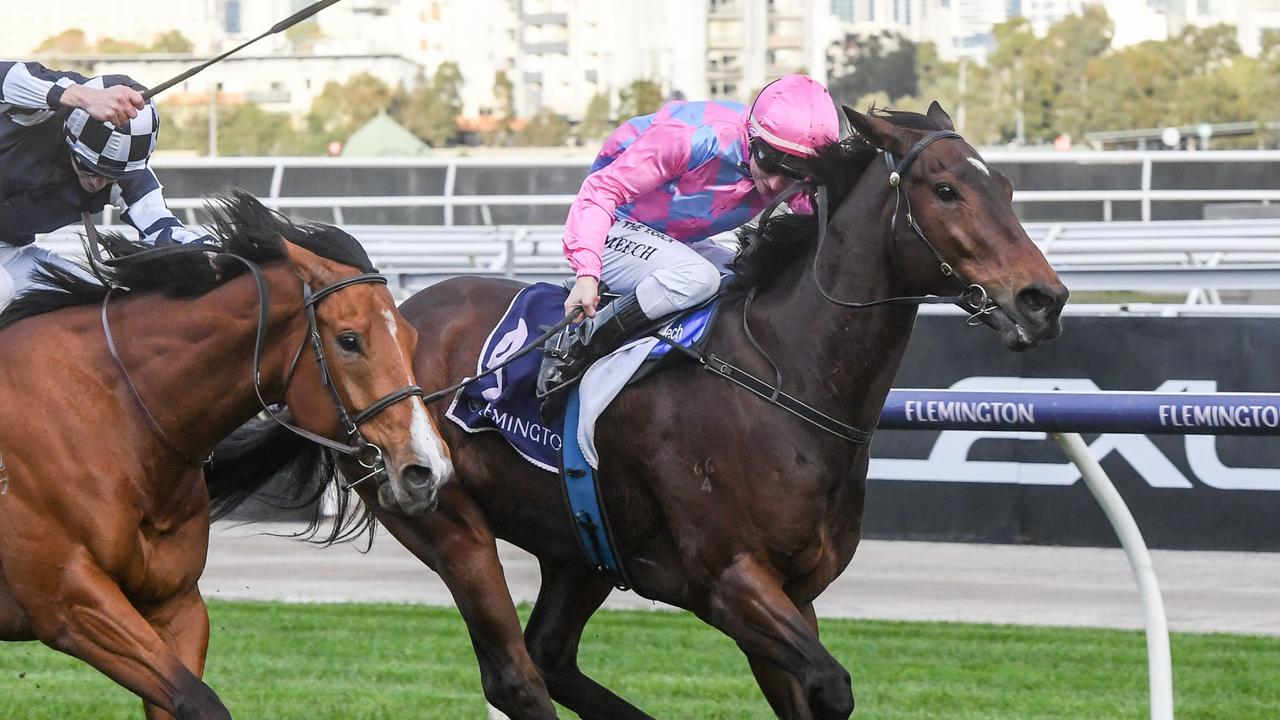