Elzaam has salvaged something from the wreck of a sole southern hemisphere season at Woodside Park in 2013.

The former shuttler drew a blank with his first Victorian-bred juveniles last season but broke the ice with King Mombassa (Mildura) last Tuesday before doubling up with Minyinga (Geelong) on Friday.

Minyinga is a homebred for trainer Jamie Edwards and lobbed as a $41 longshot in the BET365 Maiden Plate (1300m).  He’s the first foal of Rue De L’Amour (Street Cry) whose family is bereft of black-type going back to 1992 Ascot Stakes winner Isolated Love (Marooned).

Elzaam (Redoute’s Choice) was conceived to northern hemisphere time at Arrowfield Stud in 2007 and was purchased by Sheikh Hamdan for 280,000 euros at the 2009 Arqana August yearling sale.

Trained by Roger Varian, he was narrowly denied in the G2 Coventry Stakes at Royal Ascot and returned at three for a 6 length victory in the LR Carnavon Stakes at Newbury.

Elzaam was shunned by local breeders at Woodside Park.  He stood for a $10,000 service fee but there have only been 12 named foals to date from that one-off crop. 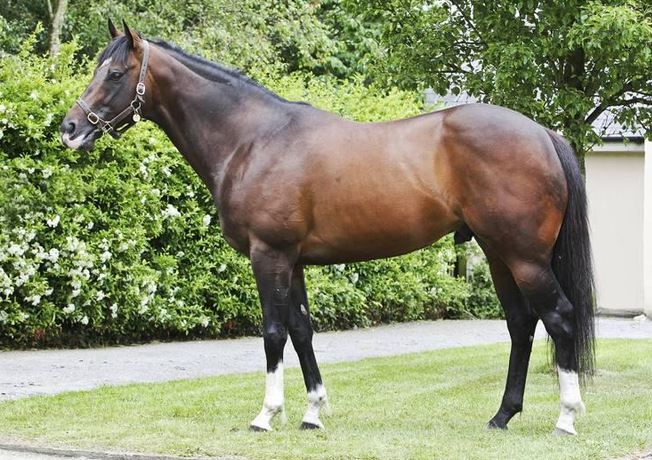