Universal Ruler was represented by his second double this week when Empress Of India and Lucky Heart were successful at Belmont on Wednesday.

The Scenic Lodge resident also sired a brace at Broome last Saturday with Sheikh It and Gorgeous Gus for an overall tally of 11 individual winners in the last month.

His promising 2yo filly Jeanella began the run with a winning debut on June 15 and Empress Of India is his latest 2yo filly to score at the first time of asking at Belmont.  Jockey Lisa Staples timed her finish perfectly to overhaul Universal Ruler front-runner Exporose in the Amelia Park Plate (1000m).

Empress Of India is a homebred for owner-trainer Peter Morley and his wife Karen and was bought back by the Bullsbrook couple at the 2021 Perth Magic Millions.  “She a lovely filly and they were fetching between $70,000 and $80,000 at the Sale,” Morley recalled.  “We couldn’t buy another horse as good as her at that price so I took her home.

“She did really well at the trials but we scratched her twice because of wide barriers.  I wasn’t overly confident today even though she drew the rails but we did back her each-way at a nice price.”

Her dam Our Pie ‘O’ My (So Secret) is a half-sister to LR Northam Cup winner Pushin’ Shapes (Viscount) and she won a Toodyay maiden when ridden by Lisa’s husband Craig Staples.

Our Pie ‘O’ My has been a regular cover for Scenic Lodge stallions in recent years.  Her 3yo gelding Star Soprano (Snippetson) won a Northam maiden last month for a Morley-managed Belhus Racing syndicate.

Universal Ruler (Scenic) has sired five individual 2yo winners this season and this month’s debut winner Aztec King is a short-priced favourite to go right on with the job for trainer Stefan Vahala at Belmont on Saturday.

Monday’s Queanbeyan meeting unearthed a very promising close relation to Universal Ruler named Alpine Lady.  The Press Statement 2yo filly was a runaway four-length winner at her second start and trainer Joe Cleary will send her straight to town for a Rosehill nursery on Saturday, July 30. 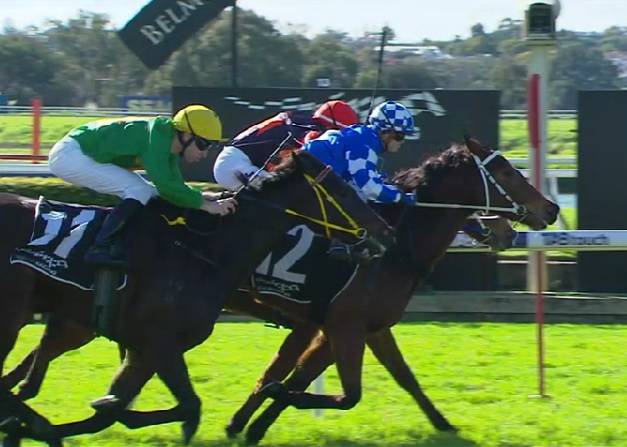