Comeback mare Regal Magic has come from the back-half of the field to land a last-stride victory in the Quayclean Hcp (1200m) at Belmont.

Racing second-up on Wednesday after being sidelined for twelve-months, Regal Magic (Helmet) dived right on the line to blouse out 3yo filly Cywer (Trade Fair).  It was the Balmoral Park graduate’s fourth win in town for trainer Ted Martinovich and long-time stable clients Martin Epis and Roy Harper.

“She won on a Heavy 10 at Belmont this time last year but did a suspensory,” stable rep Tom Smith revealed.  “She came back into work with Jade (McNaught) and went well enough to resuming full training.

“She’s a nervous mare and sweats up if you don’t keep walking her before saddling up.  And if you do anything out of the ordinary, she shivers and shakes.”

Apprentice Holly Watson was aboard Regal Magic for just the second time on Wednesday.  “She was pretty relaxed and Tom told me she was a good chance stepping up to 1200m.  We didn’t get a very good run but that’s okay because she still won.”

Regal Magic (Helmet) is a rising 7yo and her EPONA credits had reached $5,900 prior to Wednesday.  There’s a wealth of residual value through her dam Gold Lyric (Johannesburg) who is an unraced half-sister to Stakes winners Seto Flowerian (G3 Adrian Knox Stakes), Presina (LR Doomben Slipper) and The Golden Dane (LR Reginald Allen Quality).

Regal Magic had been pin-hooked as a foal out of the 2016 Inglis Great Southern Sale and she changed hands again when purchased by John Chalmers Bloodstock (as agent) for $80,000 from Balmoral Park at the 2017 Perth Magic Millions.

Balmoral Park owner Neil Irvine and manager Brian Collison have an oustanding record from their consignment that year.  From 6 lots catalogued, 5 raced and they’ve all been multiple winners. Apart from Regal Magic, they include $320,000 earner Proconsent (Proart), 7-time winner Nemiroff (Universal Ruler), 6-time winner Missing Pro (Proart) and Forgotten Jewel (War Chant) who completed an unbeaten hat-trick in WA prior to an ill-fated campaign in Victoria. 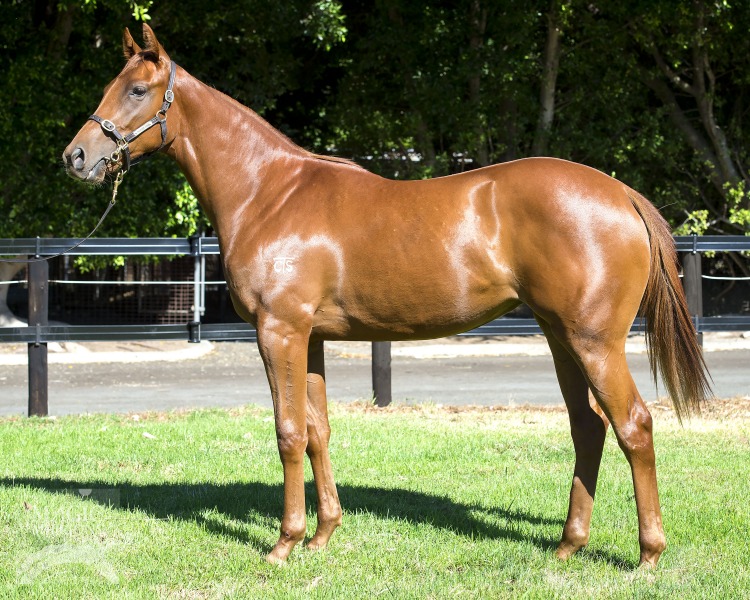