A remarkable era in New Zealand thoroughbred breeding history has ended with the death overnight of champion stallion Zabeel.  He was 29.

“Zabeel was a sire who excelled at the very highest level and was able to carry on where his own great sire Sir Tristram left off,” Cambridge owner Sir Patrick Hogan said on Saturday morning.  “He will be buried alongside Sir Tristram in the very same tradition, with his tail facing the sunrise and his head facing the sunset.”

Sir Tristram (Sir Ivor) was laid to rest in the Cambridge Stud courtyard following his death in 1997 at the age of 26.

“It had to come and over the last four or five days I had noticed a little change in that bold eye that was Zabeel.  It just seemed to have lost some of its gleam.

“I spent some time with him saying my last goodbyes and I told him his job wasn’t done yet,” Hogan added.  “He’s still got two and three year-olds to race and of the 45 mares I’m sending to Tavistock this year, 20 of them are daughters of Zabeel.

“I was the lucky person to be blessed with two great stallions.  They became my business and my life.” 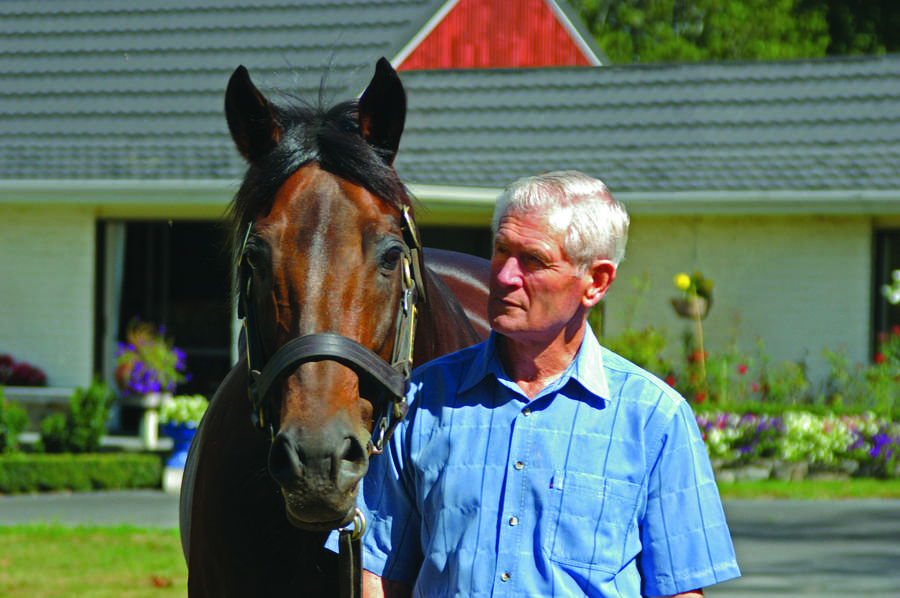