He is the 19th stakes winner by former shuttler Congrats (USA) graduating to black-type on the last day of the autumn meet at Los Alamitos.  The Los Angeles track was upgraded to fill the breach when Hollywood Park closed in December 2013.

Sacred Ovation (5g Congrats – Unbridled’s Jane by Unbridled’s Song) sat outside I Buy Gold before dispatching the leader and he had plenty in reserve to score by more than six lengths clocking 1:07.92s.

Sacred Ovation cost $80,000 out of the 2012 Ocala 2YO Sale.  He was bred by Irv and France Weiner in Florida and is from an unraced daughter of multiple stakes winner Tarzena (Exuberant).

Purchased by Greg Gilchrist – best known as the trainer of champion sprinter Lost In The Fog – he is now prepared by Ricky Agarie for KM Racing.  The Seal Beach Stakes victory pushed Sacred Ovation’s record to 6 wins in 25 starts and that includes a three-from-three record at Los Alamitos. 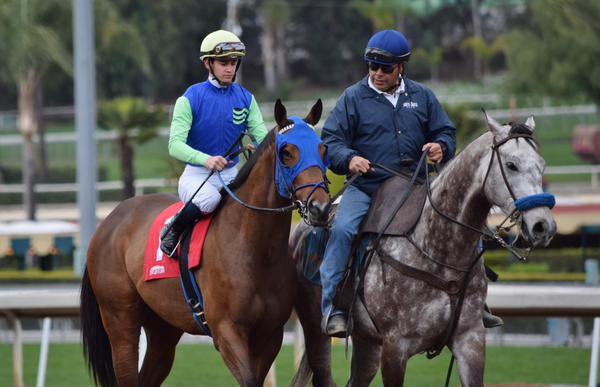