Phanta was the poor relation among Justin Warwick’s team of youngsters last season but he’s gone to the top of the class with a surprise victory on debut at Belmont.

Despite drifting to $16 before the Crown Perth Plate (1200m), the win wasn’t a fluke with Dom To Shoot and Starfield Impact filling the minor placings. He settled behind the speed and stretched out in the straight to beat the stakes performers hands down.

Phanta (3g Gingerbread Man – Dubi Dubi Do by Dubai Destination) had won a Belmont trial earlier in the week and was good enough to back that up on Saturday. “The girls used to laugh when they rode him early on,” Warwick recalled. “He was fat and slow but improved out of sight once he trialled. It’s a great story.”

Scenic Lodge bred and sold him for $5,000 at the 2019 Perth Magic Millions. He earned $83,140 in prizemoney and Westspeed bonuses first-up for Warwick, his wife Carol and part-owner Mike Santich.

Phanta is a younger full-brother to Ascot winner Ginger Flyer. Their dam Dubi Dubi Do didn’t race and she descends from G1 VRC Sires’ Produce Stakes winner Not Related (Family Ties). Her most recent foal is a Dash For Cash 2yo colt owned by long-time Parnham Racing client Steve Kilner.

Winning jockey Lucy Warwick admitted she would never have thought he would develop to such an extent. “He’s still a baby and a bit spooky but there’s so much more to come. What’s so surprising is that he’s probably turned out to be the most professional of the whole bunch that came through last season.” 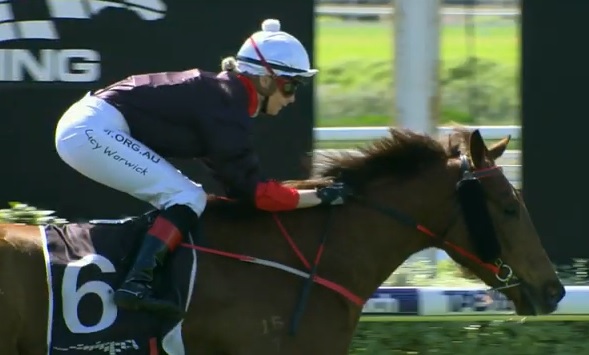