Hard Too Think kicked-off a winning treble for All Too Hard at the Singapore Derby meeting on Saturday and trainer Stephen Gray predicted he could well develop into a classic prospect this time next year.

Facing the starter for the second time in the Well Done Maiden (1400m), Hard Too Think led them into the straight and responded to a vigorous ride by Vlad Duric to score by a half-length from Speedy Missile (Smart Missile).

“He’s got upsides and could be a Derby horse here in 2021,” said Gray.  “He’s got a good staying pedigree and he’s also got a bit of speed.  Today, he was drawn wide and had to fight off the horses on the inside to get across.

“Hard Too Think is a lovely horse and I’m really happy.  It was such a good win, especially for his syndicate which is made up of a good mix of owners from Singapore, New Zealand and Australia.”

All Too Hard sired him from Mnemonic (Hussonet) who is an unraced daughter of Zabeel’s Newcastle winner Memorisation.  He was bred by Gerry Harvey and sold through the Baramul Stud draft for $45,000 at the 2018 Magic Millions National Yearling Sale.

Mnemonic has a 2yo colt by All Too Hard named Far Too Easy and she was bred back to him on a late cover last year.

Gray had unveiled All Too Hard debut winner Infinite Wisdom at Kranji last weekend.  The promising newcomer also crossed the field from a wide gate to claim the Mister Yeoh Maiden (1200m).

The Cliff Brown-prepared stablemates In All His Glory (4g ex Dirty by Hussonet) and Hardcore (5g ex Lychee by More Than Ready) completed the final two legs of the All Too Hard treble at Kranji on Saturday.

In All His Glory lived up to an odds-on quote in the Spalato Maiden (1400m) and Hardcore won the Singapore Derby consolation when he came from behind to dominate the Race Ahead Stakes (1800m). 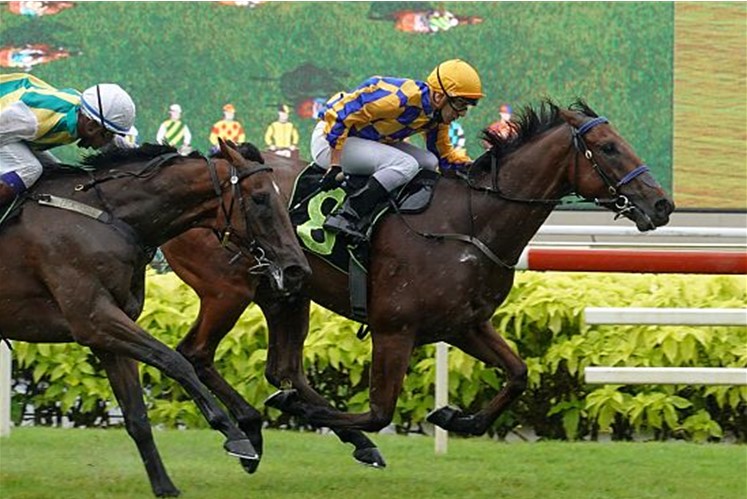 HARD TOO THINK
Son of All Too Hard wins in Singapore