Blackfriars sired his 7th winner in week when Above The Peg and Brother Paddy completed a running double at Ascot on Wednesday.

Earlier this month, the Scenic Lodge legend broke through $3 million in progeny prizemoney this season and he’s on track to extend a record-breaking sequence of WA sires’ premierships to 12 in a row.

Blackfriars started last week’s winning run in some style with Yaphet during the $1.40 million feature meeting at Sale on Friday.  Trained on the Mornington peninsula by Cliff Brown, he launched a searching finish turning for home and kept finding for a narrow victory in the $100,000 Cloud Cuckoo Cocktails Hcp (1600m).

Yaphet was bred and sold by Scenic Lodge for $28,000 at the 2020 Perth Magic Millions.  The 3yo gelding is the final foal of 2005 LR Burgess Queen Stakes winner Snacking (Bletchley Park) and Brown bought him on behalf of Barree Stud owner Glen Whittenbury.

Brown has always considered Yaphet a ‘nice horse’ and his victory over another highly-spruiked galloper So You See (So You Think) confirmed that belief.  The pair were neck-and-neck all the way down the straight but it was the son of Blackfriars who managed to get his nose down at the post.  There was a six-length margin to the rest of the field.

“He’s always given the indication that he’s above average,” Brown said.  “There’s been a few errors made along the way and his record should be better than it reads but it’s good to start to see that promise delivered.

“The second horse looks really good too and they pulled away from the others.”

Yaphet will keep progressing and Brown pinpointed Heat 1 of the 2022 Mahogany Challenge (2000m) as his next start at Caulfield on May 7.

Blackfriars doubled up on the weekend with Kia Ora Star at Ascot on Saturday while his three-quarter brother Tena Koutou won the $100,000 Albany Cup (2100m) on Sunday.

Above The Peg claimed the first-leg of the Blackfriars double on Wednesday in the Crown Perth Hcp (1200m).  He came with a whirlwind finish to win running away from front-runner He’s Gold (Rogano).

Like Yaphet, he’s a final crop 3yo by Blackfriars and is a younger half-brother to G1 Oakleigh Plate (1100m) winner Portland Sky (Deep Field).  Bred by Anita Vale Stud, he was purchased for $170,000 at the 2020 Perth Magic Millions by trainer Simon Miller who was acting for a syndicate that includes prominent owners Barry McRostie and Fred Fairthorne jnr.

Above The Peg won a Northam maiden on debut in October and was subsequently gelded during a summer spell.  “We decided on a change of tactics and he got the job done,” stable manager Kelly Kinninmont said.  “It proved he’s a better chaser than sitting on the speed.  He’s a really nice type and should get further.”

Connections have several options in the near future with races like the LR Raconteur Stakes (1400m) and LR Belmont Guineas (1600m) in June. 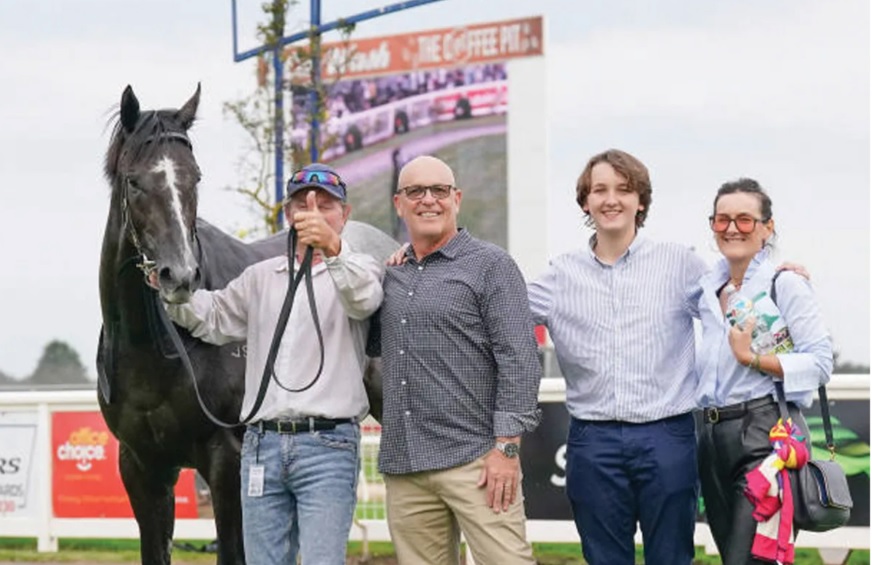 YAPHET
Blackfriars winner with the Whittenbury family at Sale