There’s been no shortage of feature winners for Simon Miller this season and he presented another likely one for the future when Zephyra scored on debut at Ascot last Wednesday.

Zephyra settled last for Paddy Carberry and appeared to have her work cut out when Saintly City skipped away in the TAbtouch Maiden (1200m) but she reeled in the leader to win with something in hand.

“She’s got a motor and has kept progressing the right way off two trials at Belmont,” stable manager Kelly Kinninmont said.  “She came up to us from Joey Byrne and has the right attitude.  She’s a well-conformed filly and she can go right on with it now.”

Zephyra is a homebred for Michelle Grace who used former Taunton Vale sire Demerit over Bunbury maiden winner True Price (Pricelessly).  The dam was bred by Rick Hart and the second-dam Fair Truth (Is It True) by Margaret Doman from the family of her Jevington Stakes winners Jevanso (1986 Lindsay Rosenthal Stakes) and Faneso (1991 Roma Cup).

“She’s still learning but is jumping better every time,” Carberry reported.  “She’s a lovely-natured filly although she did get a bit excited and sweaty before the start.

“She’s shown us a lot at home and I was confident she had them covered.  She balanced up and lengthened to win with ease.” 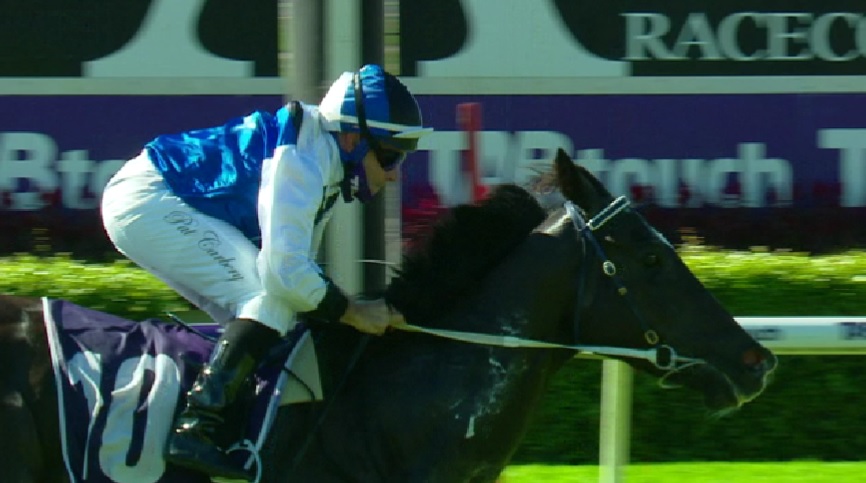