The Stuart Gandy-trained colt started a $16 outsider but reeled in odds-on stablemate Gee Gee Lanett (Wordsmith) to score by more than two lengths.  “We set our sights on this race some time ago so it’s quite satisfying,” Gandy said in Launceston.  “He has a huge future and, if he develops as expected, will be aimed at next year’s Tasmanian Derby.”

Owner-breeder Paul Geard was elated with the win even though the colt defeated the form horse in the race.  “I have a real soft spot for Geegee Blackprince,” he said.  “I’m hoping he will go on and win some very good races and become a home-grown stallion prospect.”

Geegee Blackprince (2c Americain – La Quita by Grand Lodge) will be sent for a spell this week.  He is a younger half-brother to Tasmanian Horse of the Year Geegees Blackflash and Tasmanian Oaks winner Geegees Goldengirl.

Americain (Dynaformer) shuttles between Swettenham Stud and Calumet Farm in Kentucky.  His oldest North American progeny are 3YOs – there were 2 juvenile winners from 12 starters in 2016 and there’s been 1 winner from 24 starters so far in 2017.

Americain will cover his fifth southern book at Swettenham Stud for an $11,000 (inc gst) fee this year. 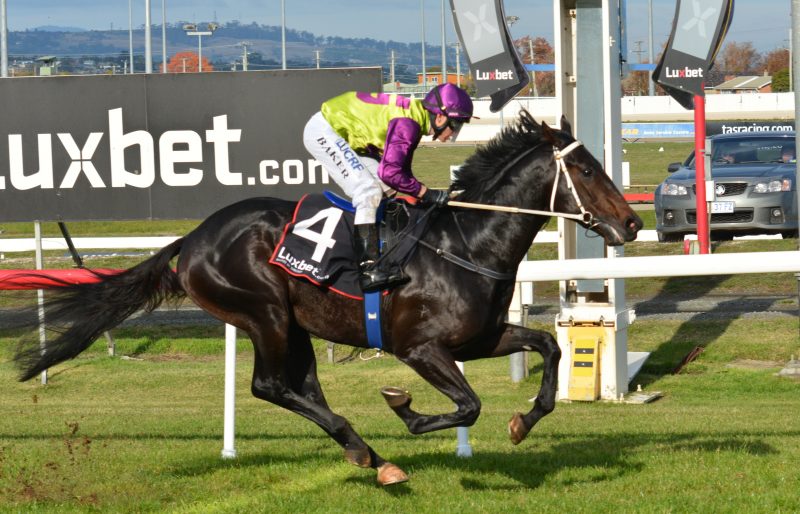