Danehill Dancer sire Barbajuan (Ire) was represented by his first winner at Murray Bridge on Wednesday.

Four year-old gelding Bestihaveeverhad waited until his 12th start before breaking through in the Trans Australian Livestock Maiden (1400m).  He finished last on debut for Marc Connors in a Rosehill juvenile in January 2014 before being dispatched to Darwin where he failed to salute in a half-dozen starts as a three year-old.

Transferred to trainer Paul Beshara after the Top End season finished in August, he put the writing on the wall with a Morphettville placing earlier this month.  Stable jockey Simon Price sent him to the front for a long neck victory at Murray Bridge.

Bestihaveeverhad (4g Barbajuan – Eagle Jan by Anabaa) was bred by Gerry Harvey and is from an unraced daughter of Flemington winner Tarathea (Barathea).  He cost Connors $10,000 at the 2013 Gold Coast HIT Sale.

Barbajuan won the G3 Solario Stakes in England and retired to Eagle Park Stud at Orange in 2009.  He relocated to Allandale Thoroughbreds south of Bathurst the following year and ASB records indicate he covered just a handful of mares until 2013. 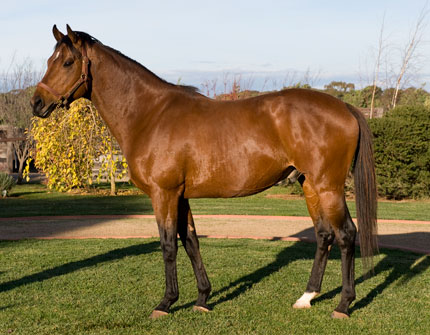