The first runners by Breeders’ Cup Juvenile Turf winner Pluck were prominent at the Randwick 2YO Trials on Monday and there are more of his babies being prepped for the upcoming Ready To Run Sales at the Gold Coast, Sydney and New Zealand.

Pluck colt Cogliere was beaten less than a length in Heat 6.  He vied for the lead in a three-way battle with The Reverend Demon (Hinchinbrook) and Exclamation (Helmet) until the furlong when given a breather by High Bowman.

Cogliere (2c Pluck – Final Star by Delago Brom) is trained by Marc Quinn at Pt Macquarie and is a younger half-brother to Tarikah who won her maiden second-up at Pt Macquarie in March.  They are the first two foals out of Final Star who is a half-sister to the dam of Caulfield Group 3 winner Red Colossus (Testa Rossa).

Pluck (pictured) stands at Vinery and is a replica of his sire More Than Ready.  His colt from Zaheerina looks another smart sprinter for the sireline at the Magic Millions HIT Sale on October 13 after breezing 10.53s at the Gold Coast on Monday.  Catalogued as Lot 87, he is related to G1 Queen Of The Turf winner Ike’s Dream.

There are four Plucks catalogued for the Gold Coast and three for the NZB Ready To Run 2YO Sale at Karaka on November 18 & 19.

His first Kiwi 2YO to parade (Lot 66) is being offered by Matamata agents Weowna Park and is the first foal of Spirit Of Karlu, an unraced Dubawi mare related to G1 Victoria Derby winner Benicio (More Than Ready).

Vinery sire Husson was also prominent at the Magic Millions Breeze-ups with his colt from Cash Crazy (Lot 115) clocking 10.17s on the Gold Coast.  The chestnut is a half-brother to brilliant filly Jackpot Queen who won the Wellington Boot as well as nurseries at Randwick, Flemington and Caulfield.

The Congrats colt from Secover (Lot 35) was a tick faster in 10.16s on Monday.  He is a half-brother to LR Wagga Cup winner Landlocked and the dam of Macau champion Gold Alloy (Testa Rossa).

Bookings are still open for Pluck at $9,900 (inc gst).   There were 150 mares in his first book and those foals could propel him into the next leading freshman from Vinery. 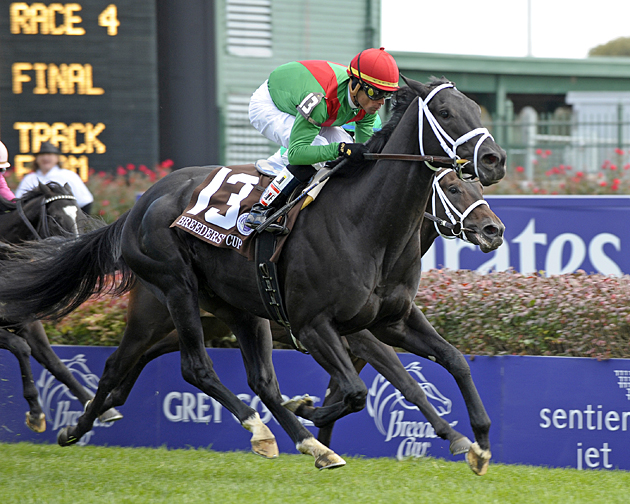