The Mark Webb trained colt had finished fourth at Ballarat on debut in May but was unwanted at $61 in the Insurance By Design Maiden (1200m) at Seymour on Wednesday.  With Brad Rawiller aboard, he followed Napoleon’s War (Redoute’s Choice) and then collared the front-runner to score by a half-length.

Prince Tarkeida (3c Rebel Raider – Lady Zephyrene by Zephyr’s Tornado) is the first winner for his dam who won at Kyneton.  A homebred for Helen and Alexander McMillan, he is raced in partnership with Jennifer Buck, Mary Kelly, Christine Satchell, Jenny & Wayne Smith.

Rebel Raider (Reset) commenced his racing career in the stables of Leon MacDonald and Andrew Gluyas winning the G3 SA Sires Produce Stakes (1600m).  He returned as a spring three year-old in scintillating form to claim the G1 Victorian Derby (2500m) by more than two lengths over Whobegotyou.

The following autumn, he won the G1 SAJC Derby (2500m) leading all the way to score by four panels.  Sidelined by injury at four, he was back in harness at five winning the G3 SAJC Spring Stakes (1200m).

“He never realised his full potential,” trainer Leon Macdonald said.  “I was fortunate to train the AJC Derby winner Gold Guru and I would have to say that Rebel Raider was a better stayer.”

Rebel Raider is a son of leading Darley sire Reset (Zabeel) and is a half-brother to G3 Caulfield winner Shamoline Warrior (Shamardal) who is also siring first-crop winners in New Zealand.

With his numbers due to sky-rocket, Rebel Raider will start making an impact among Victoria’s stallion ranks.  Wyndholm Park studmaster Kim McKellar stands him for a $6,600 (inc gst) fee. 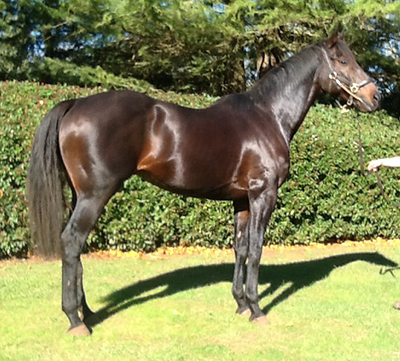