Qatar Racing is a rising force in the racing world and talented filly Duhallow signalled its ongoing support for the Victorian breeding industry at Bairnsdale on Monday.

Bred by Michael Rae at Warrnambool, the front-running three year-old looked a city winner in waiting after spacing a maiden field over 1000 metres .  She started a $2.70 favourite first-up after a debut placing at Bendigo last December.

“She jumped well and held the rails without too much pressure and then it became a bit of a procession,” Smerdon said.  “As they straightened, Jackie (Beriman) booted her clear to win as she liked and the filly has obviously learned from her first prep.”

Rae is an accountant based in the western districts and has been breeding and racing horses for nearly 15 years.  “I’m very grateful for the advice I’ve received from Mark Dodemaide at Inglis,” Rae explained.  “As a matter of fact, the whole team at Inglis in Melbourne has been great.”

Escarpment (Woodman) is another well-bred winner among a half-dozen mares at Rae’s home-base in Wangoom.  She is the dam of Nicconi filly Niccorama who won on debut at Cranbourne in July defeating subsequent Moonee Valley stakes winner Well Sprung.

“I paid $65,000 for Escarpment about five years ago after talking to Mark,” Rae recalled.  “She was positive to Commands at the time but slipped.  I liked her pedigree and she’s more than paid her way.”

Rae’s latest foal from Escarpment is a yearling filly by Darley Victoria sire Domesday.  The mare is a half-sister to stakes winners Shanzero & What’s The Mail and second-dam Lusso (Prego) was a Group 3 winner of the Debutante Stakes at Caulfield. 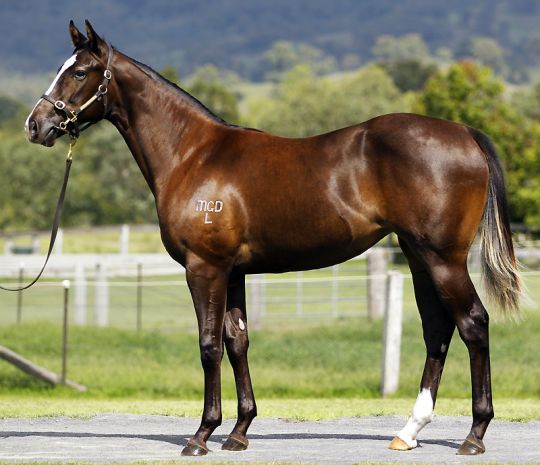