The Len Jarvis trained filly Beautiful Flyer came from second-last on the corner to snatch a narrow victory in the Team Poly Maiden (1100m).  She started a $21 outsider first-up after being tailed off 15 lengths on debut at Morphettville in January.

Beautiful Flyer (3f Solo Flyer – Blow The Budget by Luskin Star) is the only starter to date by her sire and is a half-sister to Singapore winner Happy Ending (Happy Giggle).  She failed to make a $13,000 reserve at the 2014 Adelaide Magic Millions and races for a partnership that includes her breeder Margot Noack of Macclesfield.

Solo Flyer (Belong To Me) stood at Carin Park in Hamilton following wins in the G2 Ajax Stakes at Rosehill and G3 Newcastle Newmarket.  He defeated Group 1 star All American at Rosehill and smashed the track record at Broadmeadow.

His dam Fly The Flag is a winning sister to Melbourne Cup hero Brew and the NZ G2 winner Bubble.  They are direct descendants of champion mare Horlicks who set a world record in winning the 1989 Japan Cup.

Carin Park disbanded its roster in 2012 and Solo Flyer’s owner Julie Ritchie transferred him to Yandina Lodge at the Sunshine Coast in Queensland. 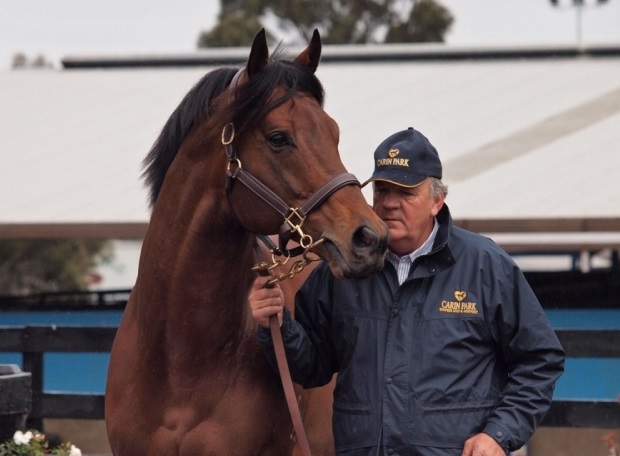