Swettenham Stud stallion Equiano (Fr) sired another double on Monday to increase his margin at the top of British second-season wins table this year.

Opera Baron made all in a Wolverhampton maiden and Flutterbee stretched out to 2400m for her second win at Brighton.

The Victorian shuttler has been represented by the winners of 48 races to lead Zebedee and Showcasing on 40.  He has 58 wins overall in the northern hemisphere this term with the remainder arriving in France, Ireland, Italy and North America.

Flutterbee (3f Equiano – Dunya by Unfuwain) was held up with the last trio before closing quickly to challenge at the furlong.  Ridden out by Liam Keniry, she was soon in command to defeat the favourite King’s Concerto by next to four lengths.

Trainer George Baker was very impressed although he missed the win.  “Monday’s racing went pretty well with Flutterbee making it our fourth winning day in succession.  I’m en route to the Keeneland yearling sales to buy my first classic winner!”

Flutterbee is owned by PJL Racing and is from an unraced half-sister to G3 Ballycorus Stakes winner An Tadh (Halling).

In Australia, Equinova saluted again at Bairnsdale last Monday to make it 4 wins for Equiano so far this season.  The Dean Binaisse gelding had claimed a Moonee Valley juvenile in July.

Equinova holds a nomination for the G3 Caulfield Classic (2000m) on October 17 as does recent Equiano winner Del Piero.  The latter is prepared by Wendy Kelly and he will be on trial for the $500,000 event in the Cove Hcp (1600m) at Caulfield this Saturday. 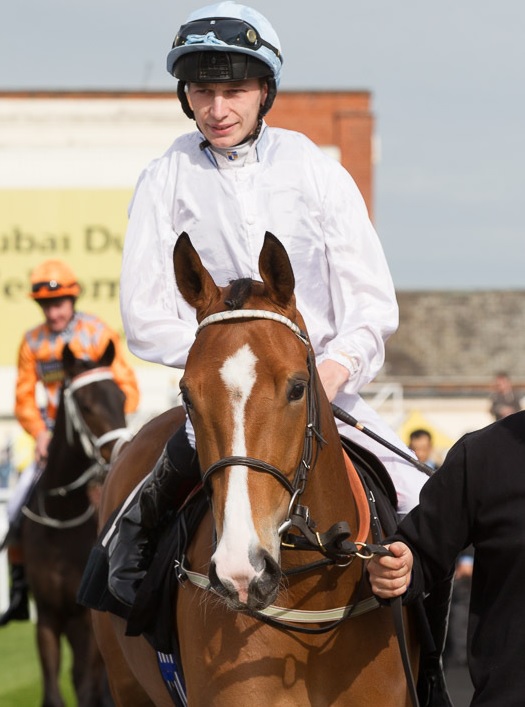