Westbury Park resident My Admiration sired the first leg of a winning double when his 3yo filly Dash Of Brandy put two lengths and change on her rivals in a 1600m maiden at Pinjarra on Thursday.

A homebred for Karnup trainer Graeme Ballantyne and his wife Donna, Dash Of Brandy had been placed over a mile at Ascot in October and won as expected as a $2.50 favourite.

My Admiration’s 3yo grey gelding Great Fortune scored an even easier victory three hours later when he put more than three panels on a Class 1 field over 2000m.  Sent straight to the front by Clint Johnston-Porter, the latest TBWA Winner Of The Week looks to have a future in the staying ranks.

Trained at Serpentine by Brock Lewthwaite, Great Fortune had won a Northam maiden on December 2 for trainer Brock Lewthwaite and managing part-owner owner Kirsty Wardle.  That same combination had made a successful start to the month a day earlier with My Admiration 3yo filly My Dilemma at Belmont.

“Great Fortune ran away from them,” Lewthwaite said at Pinjarra.  “It was his first test over 2000m and it ended up being an easy victory.”

Great Fortune was bred by Wardle’s parents Alan and Birgett MacAlister from Fortunate Lassie (Blackfriars) who is from one of many family branches of her high-achieving third-dam Born Rich (Beau Sovereign).

Fortunate Lassie is a full-sister to LR Pinjarra Cup winner Simply Adorable and she has a My Admiration 2yo gelding named Excellentia and a yearling colt by Jimmy Choux (NZ).

The MacAlisters were among the shareholders when Westbury Park owner Phil Ibbotson imported My Admiration (Encosta De Lago) to Western Australia.  A Stakes winner of the HKJC Chairman’s Trophy for trainer John Moore, he sired 36 individual winners in his first two crops. 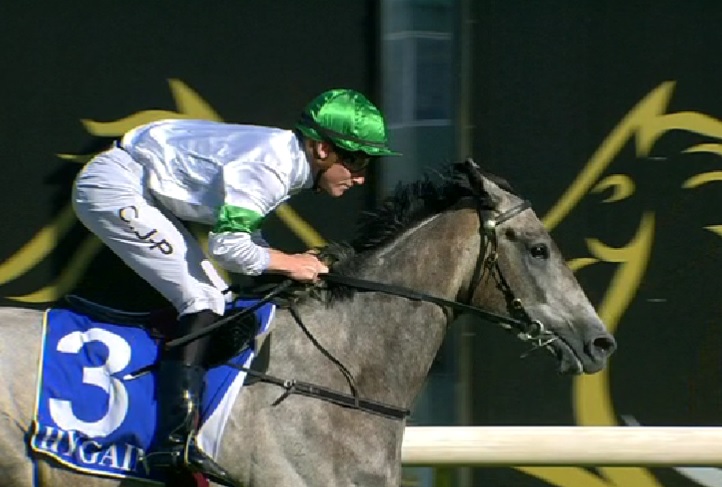