Vinery homebred Marabi has opened a $4.40 favourite for her first Group 1 test in the MRC Oakleigh Plate (1100m) in February following a black-type breakthrough at Caulfield on Boxing Day.

Melbourne’s new speed queen extended her unbeaten record to five with another one-act affair in the Christmas Stakes (LR 1100m).  After camping off a hot tempo set by Sartorial Splendor, she was off and gone at the top of the straight with as burst of acceleration that had Jamie Kah circling February 26 on the calendar.

“Wow.  She’s not aggressive but is just so fast,” Kah exclaimed following her first ride on Marabi.  “I thought she was at top speed but she found again.  She’s going places and will be even better in a better race like the Oakleigh Plate.”

Marabi is trained by Ciaron Maher & David Eustace and she clocked a quick 62.80s despite being eased down on the line to score by three-quarters of a length from stablemate Away Game (Snitzel).

A homebred for Vinery partner Greg Perry, she is a lightly-raced 5yo half-sister to Group 1 VRC Oaks winner Aristia (Lonhro).  Their dam Nakaaya (Tiger Hill) won a MVRC Sunline Stakes Gr.2 and her final foal is unraced 3yo filly Siteki (Flying Artie) with Cliff Brown at Cranbourne.

Late starts run in the family and that suits Perry.  Marabi didn’t surface until February 2021 when she dispatched a Pakenham maiden field by six panels.  Her combined winning margin is 23 lengths and counting.

Marabi is the 71st Stakes-winner by I Am Invincible and Vinery has two colts by the Champion Australian Stallion at the Gold Coast Magic Millions Yearling Sale starting on Tuesday week, January 11.

The Day 5 colt (Lot 911) on Saturday evening is out of NZ Group 1 winner Diademe (Savabeel).  Her brother Embellish was Champion NZ 3YO in 2017 and her earlier foals include NZ Listed winner Unition who was sold to Hong Kong last year.  Renamed Shadow Mission, the Fastnet Rock 4yo is in training with Me Tsui at Conghua. 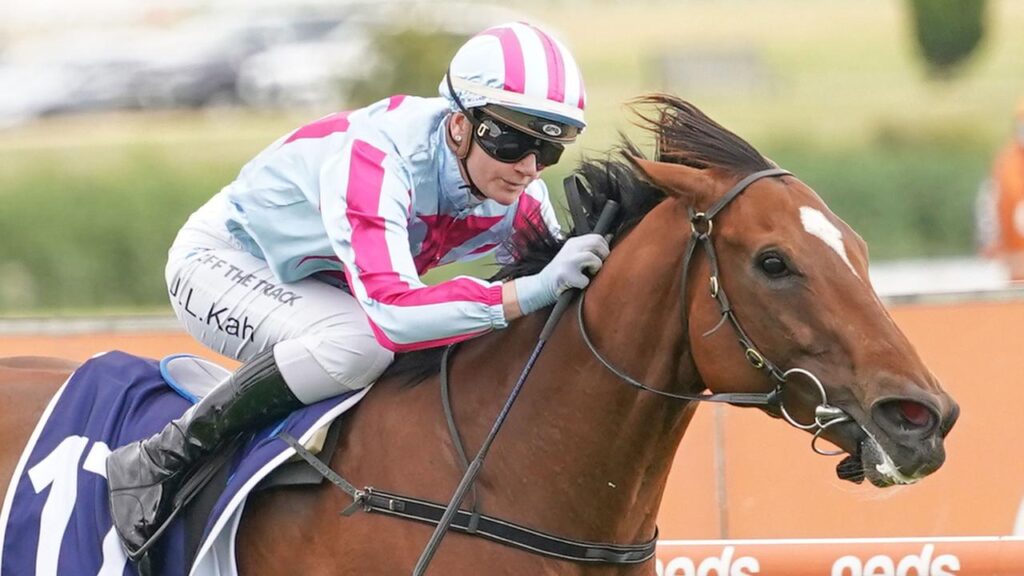