Rushing Fall has clinched a fourth Breeders’ Cup title for More Than Ready with a decisive victory in the BC Juvenile Fillies-Gr.1 at Del Mar.

Settled midfield from an outside gate, the unbeaten filly was ready to strike for Javier Castellano as the field approached the final turn.  She accelerated to a winning lead at the top of the straight and coasted to the line in the opening race of the 2017 BC Championships.

Rushing Fall (2f More Than Ready – Autumnal by Forestry) also raced her way into favouritism for the USA 2YO Filly Eclipse Awards.  She had won a Belmont juvenile maiden on debut in September before stepping up for another convincing in the Jessamine Stakes-Gr.3 at Keeneland on October 11.

“She was educated at Stonestreet and came to me so far ahead of our other two year-olds,” Brown said after claiming his fourth Breeders’ Cup victory on Friday.  “She’s a nice filly to work with although I didn’t see her for three weeks when she shipped to Keeneland.  I trust my great staff.  Without a good team, you can’t do it.”

Purchased by Five Racing Thoroughbreds manager Bob Edwards for $320,000 at the 2016 Fasig-Tipton Saratoga yearling sale, she is a half-sister to Miram (Pica Slew Stakes-LR) and hails from the family of Group 1 multi-millionaire Albert the Great.

“I followed the front-running horses, and turning for home it was amazing,” Castellano said.  “I just asked her, and she exploded.  She got a powerful kick, and the way she did it, I was very impressed.

“She won the Jessamine in real soft ground and you don’t see too many fillies perform that way.  The way she closed, I felt so confident we would win the Breeders’ Cup.  How good is she?  We don’t know!”

More Than Ready is currently serving his 17th southern-book at Vinery for a $66,000 (inc gst) service fee. 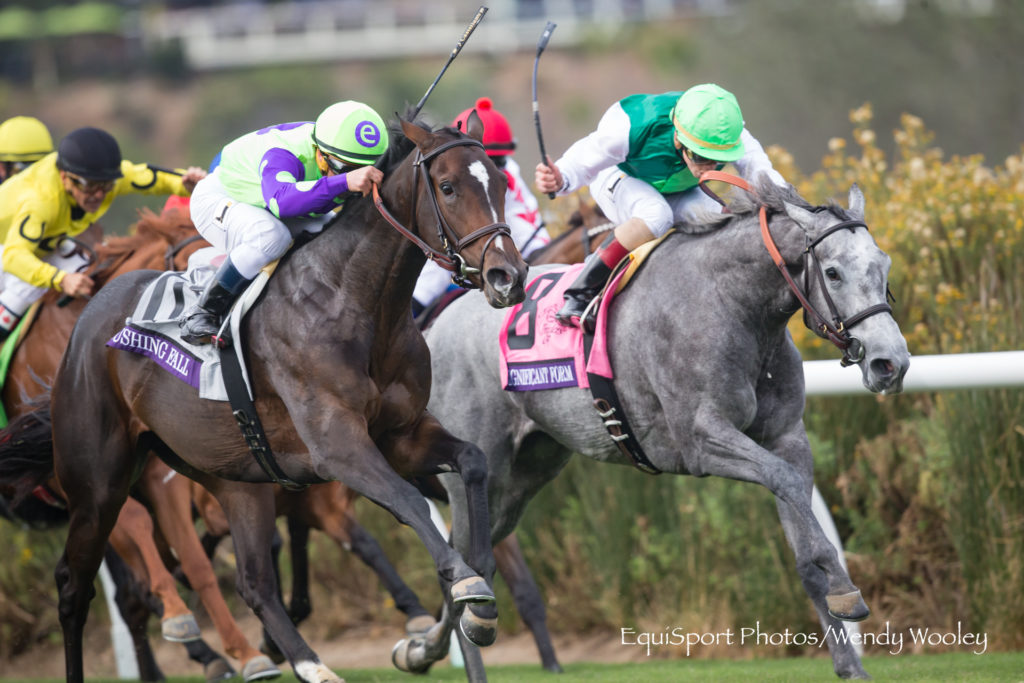