The Tony Gollan-trained youngster scored a front-running victory in the Padua Old Boys Hcp (1050m) and will be set for the Magic Millions 2YO Classic in January.  He won a speed battle for the lead and kept lifting to deny fast closer Only Wanna Sing (Your Song) in a class-record 60.63s.

“Now we can set our sights on the Magic Millions,” Gollan said.  “He walked around the parade ring like a 3yo and I was fairly confident.  He had to do a fair bit of work but will improve with the run and will be even better when he furnishes.”

Ef Troop was knocked down for $70,000 at this year’s Gold Coast Magic Millions.  His dam Limealicious (Exceed And Excel) finished fourth on debut in the 2008 Ottawa Stakes at Flemington while based at Lindsay Park and later won at Wyong and Kembla for Jason Coyle.

Spirit Of Boom was trained by Gollan for Group 1 wins in the Doomben 10,000 and William Reid Stakes.  “He’s set for a big career at stud,” Gollan predicted.  “Obviously, I pay a bit of attention and he’s going to make a good stallion here in Queensland.” 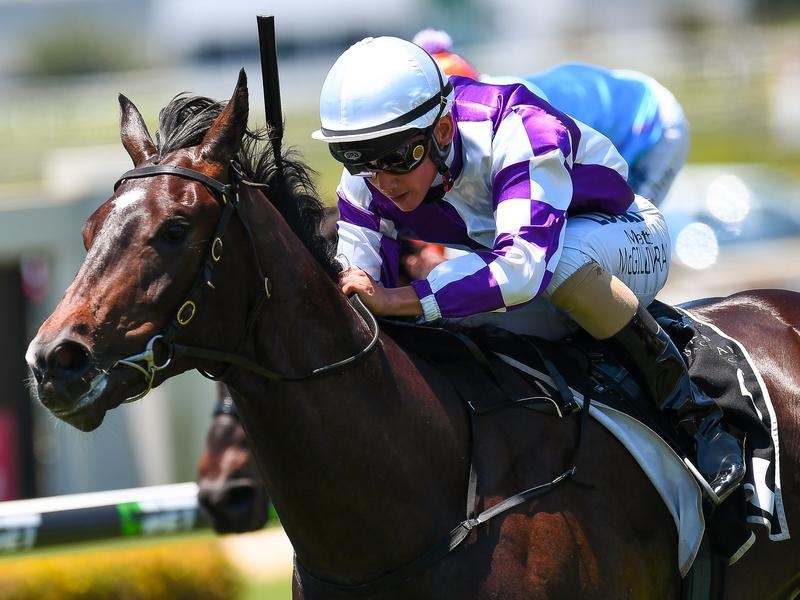