Winning a mile maiden at Pinjarra was worth a whole lot more to Santo Guagliardo than the $17,150 he banked after Wicked Fox defeated short-priced favourite Forlane (NZ) on Thursday.

Wicked Fox (Foxwedge) is a half-sister to Champion Australian 3YO Filly Delicacy (Al Maher) and getting off the mark yesterday increased her residual value no end.  Guagliardo owns Ridgeport Holdings and is building his broodmare numbers to stock a new farm in the not too distant future.

The Neville Parnham-trained 3yo filly hadn’t been sighted in three previous starts but she travelled like a good thing when stepping up to 1600m for the first time.  After tracking front-runner Paddy’s Art (Proart), she angled off heels and powered home like a filly going places.

Scenic Lodge bred and sold Wicked Fox for $34,000 at the 2020 Perth Magic Millions.  “She looked a lovely type as a yearling,” Scenic Lodge’s Jeremy Smith recalled.  “Not overly big but neither was Delicacy.”

Smith had purchased their dam Simply Wicked (Scenic) at the 2014 Inglis Australian Broodmare Sale.  A month later, Delicacy won a Belmont nursery on debut for Peters Racing as a precursor to classic doubles in the WATC Derby & Oaks and SAJC Derby & Oaks.

“I bought Simply Wicked for $4,000.  She was a well-bred Scenic mare and, at that stage, no-one had heard of Delicacy.”

Wicked Fox is the most recent foal from Simply Wicked.  She missed three years running to NSW stallions but returned home last year and is now carrying a PPT to Snippetson.

The Scenic Lodge team will be hoping for a filly to help carry on the line in Western Australia.  Delicacy tragically died in foal off a maiden cover to Pierro and Simply Wicked’s only daughter presently at stud is Simply Sacred (Blackfriars).

Simply Sacred changed hands for $330,000 at the 2017 Gold Coast Magic Millions.  Scenic Lodge sold her through Tyreel Stud and she scored twice at the Gold Coast for Raffles Racing before bowing out with a win in the Grafton Mother’s Gift.  She was served first-up by Cool Aza Beel (NZ) at Newhaven Park in November. 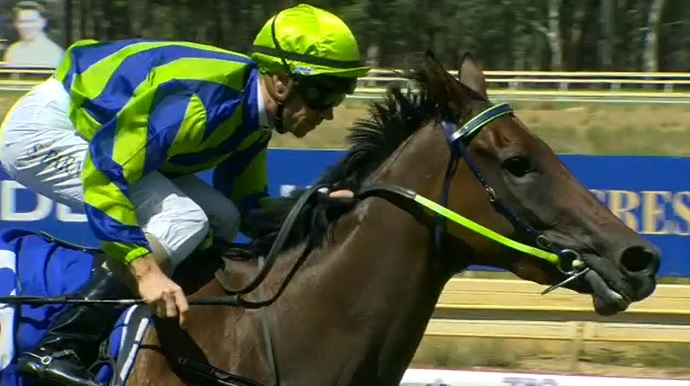