Trainer Matt Cumani celebrated his birthday on Tuesday and there were many happy returns on cue with Headwater mare Come On Eileen notching his fifth winner this week at Kilmore.

Stable foreman Nick Plant filled in for the birthday boy when Jordan Childs brought the winner back to scale on Thursday.  Starting a $2.40 favourite, she was the medium of solid support before breaking through for a Mark Alderman-managed syndicate that includes Matt’s wife Sarah.

“She’s been knocking on the door and can go on with it now,” Plant said after the MC Labour Maiden Plate (1600m).  “She’s a pleasant mare to have at home and credit to Jordie, it was a good ride.”

Come On Eileen crossed from a wide barrier and maintained a strong gallop to hold out Sonofthebeast (Maurice).  “The plan was to lead and she got there comfortably,” Childs reported.  “She rolled down the hill and I decided to go early and let them chase me.  It was a good win.”

The Vinery stallion sired her from Eyelean, an Australian-bred daughter of Galileo.  She’s a half-sister to South African Group 2 winner Super Profit (Spinning World) and their dam Asian Incline (Slant) was a Stakes winner in Perth and Melbourne.

Come On Eileen was Headwater’s 49th individual winner in Australia this season and he is currently second to Spill The Beans (51) for the Australian third-season winners premiership.  They shared the Australian freshman winners title in 2019-20.

The Adelaide filly from Medaglia d’Oro mare Miss Cooper (Lot 245) received a couple of Listed updates at the recent Tasmanian carnival.  The Rathmore Lodge entrant is a half-sister to Piiink Beauty (Zebedee) who was placed in the Gold Sovereign Stakes and Elwick Stakes. 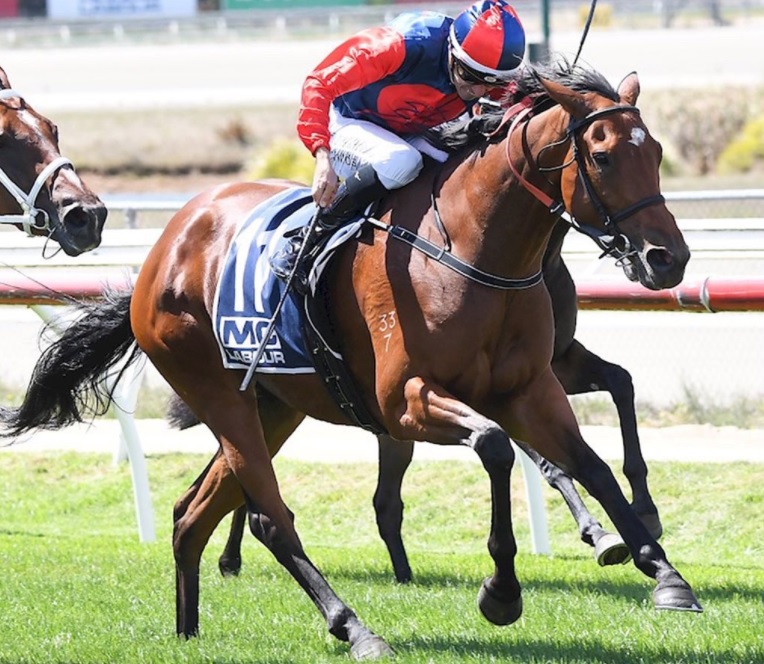