Rhaegar (2g Pluck – Grand Lady by Grandera) sprinted to the front a furlong out and then denied the late surge of his favoured stablemate Long Jack (So You Think) to score by a long-head over 1400m at Ellerslie.

“He’s always shown plenty at home but has been difficult on race day,” Baker said.  “We added blinkers at the Waipa trials last Monday and he was genuine today.  He’s just beaten a serious horse and they both have good futures.”

Baker & Forsman train out of Cambridge and their stable has been the launching pad for Pluck stakes winner Mongolian Wolf (ATC Frank Packer Plate Gr.3) and his Kiwi stakes performers Gasoline and Pluck That who were subsequently sold to Hong Kong.

Rhaegar was bred by Turangga Farm owner Stuart Ramsey and is named after a character in the hit series Game Of Thrones.  His dam Grand Lady is a half-sister to Australian Oaks winner Rena’s Lady Gr.1 and her final foal is a yearling colt by Vinery sire Casino Prince.

“I just had to steer him around and we were coasting the last bit,” winning jockey Michael McNab declared.  “Murray reckoned the heavy track was against him at New Plymouth last time.

“He was strong today and hard to pull up so there’s definitely a bit of upside going forward to his three year-old season.”

Pluck (More Than Ready) has had 5 winners from 6 to race in New Zealand and Vinery stands him for a $6,600 service fee (inc GST). 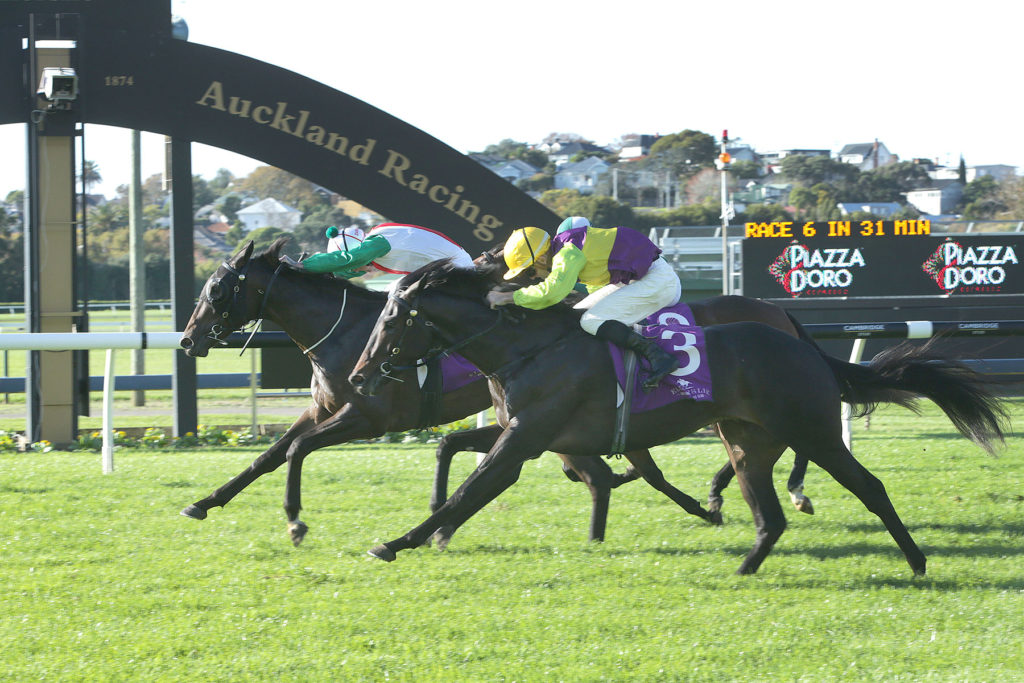