All American kicked off the Goldfields season with Total Lockdown in the Regal Engineering Maiden (1300m) last weekend and Vert De Grece filly She’s Greysful is a knockout chance in the G2 Karrakatta Plate (1200m) this Saturday.

After a long delay waiting for medical staff to arrive on course in Kal, Total Lockdown wasted no time getting acquainted with the judge.  Sent straight to the front by Natasha Faithful, he was never threatened while running out a half-length winner over Black Spirit (Blackfriars).

Total Lockdown (3g All American – Chloe Maree by Elusive Quality) had been runner-up to Garage Days and Mosquito at Belmont in January and went out an even-money favourite for trainer Simon Miller.

A Geisel Park homebred, he’s an All American brother to Vamos who was sent to Hong Kong following a promising second to Melbourne Stakes winner Night Raid in a Benalla barrier trial last April.  He’s nearing a win after being placed at his fourth start for David Hayes at Happy Valley last Wednesday.

Their 2yo full-sister Mrs Kangaroo is also knocking on the door following a first-up fifth for Geisel Park and trainer Luke Fernie at Ascot earlier this month.

Their dam Chloe Maree has a Vert De Grece yearling filly with York-based breeder Kelly Davis and the mare was the first cover for her new sire Hi World (High Chaparral) at Kelstar Thoroughbreds last year.

Total Lockdown will stay in Kalgoorlie and hopefully go through the grades with Peter Fernie before returning to Perth.  “We gave him extra time before racing,” Miller said.  “He’s big and still learning and has good prospects.”

Ironically, Miller and his outstanding youngster Amelia’s Jewel are the main obstacles between She’s Greysful and a Karrakatta Plate victory this Saturday.  The Vert De Grece filly was runner-up in the RL Magic Millions 2YO Classic but was held up at a crucial stage when fourth in the G3 Gimcrack Stakes last time out.

“The favourite is an exceptional talent and is obviously the horse to beat,” trainer Hayden Ballantyne conceded this week.  “But She’s Greysful worked sharply on Tuesday morning and, with better luck, she will be very competitive in the Karrakatta.” 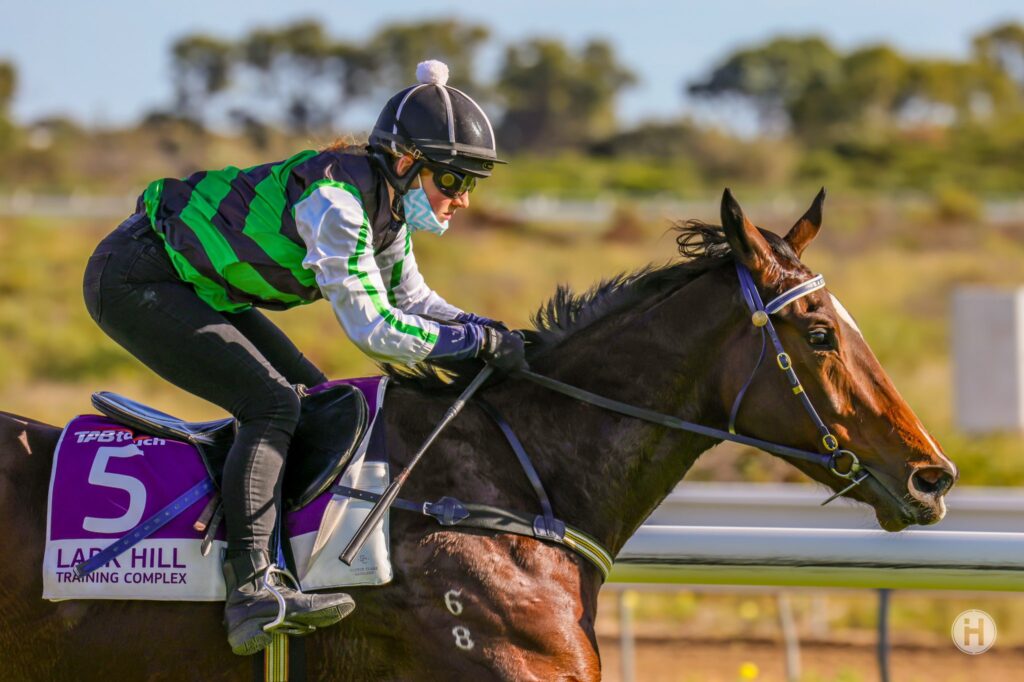