Mojo Rhythm capped another successful month for Playing God when he swept home to win the GWN 7 Maiden (1300m) at Pinjarra on Wednesday.

The Kieran McDonagh-trained 3yo gelding was spotting the speed a half-dozen lengths on the corner before balancing up for Joe Azzopardi.  Playing God mare Please God gave a great sight in front but had no answer to winner’s finishing burst.

Mojo Rhythm notched the 11th win for Playing God in March and he will be more than useful in better grades for south-west breeders David & Ellen Ott.  “They’re great owners and it was a great ride by Joey to get him over the line,” McDonagh said.  “He’s still learning and will get better with time.”

Playing God was also claiming his 200th career win as a sire at Pinjarra.  His latest maiden winner is from unraced mare Saddle Me Up (Grey Swallow).  “We have her yearling filly by Maschino and she’s a ripping type,” McDonagh added.  “David and Ellen have a lovely farm at Donnybrook and all their horses spell down there.”

The Otts bought into the family when paying $3,000 to Woodside Park for NZ-bred mare Tickle the Peter (Senor Pete) at the 2009 Inglis Great Southern Sale in Melbourne.  Apart from Saddle Me Up, her only other foal for them was Belmont 3yo winner Penthouse Pet (Sharkbite) who later added another four wins in Broome.

Playing God stands at Darling View Thoroughbreds and his 3yo leader Alaskan God won three races at Ascot in March (2nd, 13th and 23rd) that climaxed with a Listed victory in the Melvista Stakes (2200m).

The Melvista was his 7th Stakes success and it elevated Alaskan God to a $4 favourite for the G2 WA Derby on Saturday, April 9.  He was bred by Graham Cox and his son Lee from Lady Alaska (Reset) who they purchased for $7,000 at the 2020 Mungrup Stud Dispersal.

Earlier that year, Mungrup sold Alaskan God to a Dan Morton-trained syndicate for $90,000 at the 2020 Perth Magic Millions Yearling Sale.

Lady Alaska has an unraced 2yo named Alaskalot (A Lot) and her Playing God yearling colt was an $80,000 buy for Santo Guagliardo at the 2022 Perth Magic Millions.  She foaled a Playing God filly earlier this season and was bred back to him on October.

The Mundijong farm has also entered an Exceed And Excel colt through Attunga Stud for the Inglis Easter Yearling Sale at Riverside Stable next Wednesday, April 6.  Catalogued as Lot 476, his NZ-bred dam Toni May (Tavistock) is as half-sister to the dam of Jericho Missile (RL Magic Millions WA 2YO Classic). 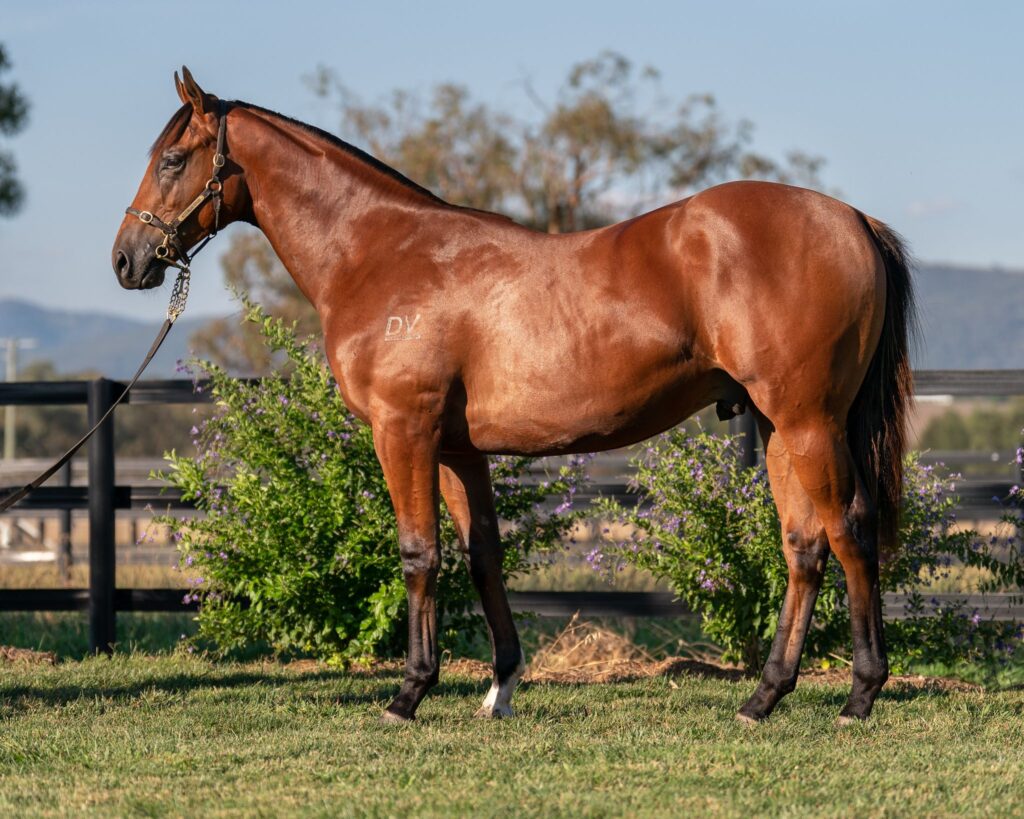 Darling View’s Exceed And Excel colt from Toni May (NZ)