Highgrove Stud’s Ron Gilbert and the rest of the team behind Global Quest are on a Group 1 mission with the exciting son of More Than Ready.

Global Quest won the time-honoured Breeders’ Plate Gr.3 at Randwick a fortnight ago and he looked readymade surging through a gap inside the final furlong.  The $1 million Golden Gift (1100m) at Rosehill on November 9 was a tempting early-season target but it was never on the radar according to Gilbert

“We put him straight in the paddock for a good spell before the autumn carnival,” the Darling Downs studmaster (pictured) said after catching up with the colt at Aquis Farm this week.  “He won’t be going to the Magic Millions Classic, either.

“We believe in him and so does Chris Waller.  An extended break will see him grow out and come back in plenty of time for the next prep.  He’s very promising and everything will be planned to have him peaking for the Golden Slipper.”

Australia’s 2yo Grand-Final will be run at Rosehill Gardens on Saturday, March 21 and he’s the current $17 TAB favourite.

“He’s a natural and won the Breeders’ Plate on raw ability,” Gilbert continued.  “He wasn’t in work for very long with Chris before his debut but he was showing us all the right signs.”

Gilbert and his wife Debbie bred Global Quest by using Vinery legend More Than Ready over their black-type mare Global Dream (Fastnet Rock).  She bowed out with a Randwick win after finishing fourth in a Magic Millions 2YO Classic and third in a Group 2 juvenile at Eagle Farm.

“We sold him to Aquis Farm for $340,000 at the Gold Coast,” Gilbert recalled.  “We don’t usually stay in anything that we sell as a general rule but Aquis asked if we wanted a keep a share and luckily we made an exception.”

More Than Ready sired a new Kentucky-bred 2yo winner on Thursday when More Glitter was successful at Belmont Park for trainer Todd Pletcher.  She issued a challenge to Courageous Girl and, after a bumping duel, edged away from that filly at the end of 1700m.

More Glitter (2f More Than Ready – Adorable You by Grand Slam) was a $340,000 graduate from the 2018 Keeneland September yearling sale and is a half-sister to multiple stakes winner Carameaway.

Three More Than Ready juveniles qualified for the Breeders’ Cup World Championships when pre-entries were named on Wednesday.  A total of 188 horses are in the mix ahead of the Santa Anita double-header on Friday & Saturday, November 1 and 2.

On Saturday, Uni (GB) is booked for a return clash with Got Stormy in the BC Mile Gr.1.  The More than Ready’s mare only defeats in 7 starts this season was behind Got Stormy at Saratoga last month.  She rebounded in a huge way last time out, shipping to Keeneland and storming home from the rear to win the First Lady Stakes Gr.1. 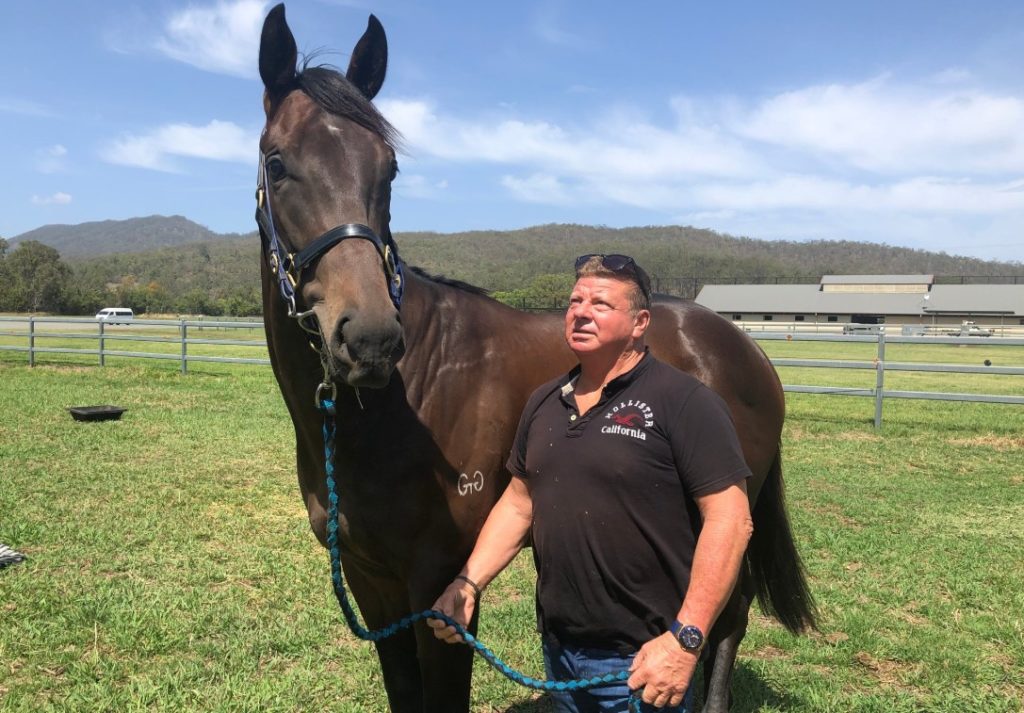