Bake Some Maybe’s broke through at her third start on Thursday when she appreciated stepping up to 1400m in the Hahn Superdry Maiden at Northam.

The Gingerbread Man filly had finished fourth in prior outings at Albany (1000m) and Pinjarra (1100m) and she showed enough for leading jockey Clint Johnston-Porter to stay on board for the trip to the Avon Valley.

Settled in the box-seat behind the leaders, she angled into the clear and let down to score by three-quarters of a length despite drifting to the centre of the track when runner-up Look Here Punk (He’s A Decoy) lugged out in the straight.

Bake Some Maybe’s was a $23,000 graduate from Dawson Stud at the 2019 Perth Magic Millions Yearling Sale.  She was sold as agent for breeder Jason Cheetham who has been a regular client for the Myalup vendor in recent years.

She is the final foal of Miss Cubed (Trade Fair) and her family goes back several generations in Western Australia to Dr John (G2 WA Guineas), Paris Moon (LR Ngawyni Stakes) and Mr Cube who held the Ascot 1100m track-record (63.17s) from 1990 until it was eclipsed by Dante’s Volonte in 2009.

Miss Cubed also foaled Kimberley Boy (Patronize) who was a promising Pinjarra maiden winner during his first prep in December.

Bake Some Maybe’s is raced by Karnup trainer Jordan Rolfe who was licensed in September 2020.  A foreman for Adam Durrant, he prepared his first winner when Victorian cast-off Peko (Bel Esprit) was successful at Mt Barker shortly after he took out a ticket of his own.

The Northam result was the 200th win for Gingerbread Man (Shamardal) who stands at Yarradale Stud.  Those 200 race wins have been accumulated by 69 individual winners headed by millionaire Red Can Man who completed a hat-trick of Group 3 near-misses in the Belmont Sprint (1400m) on Saturday. 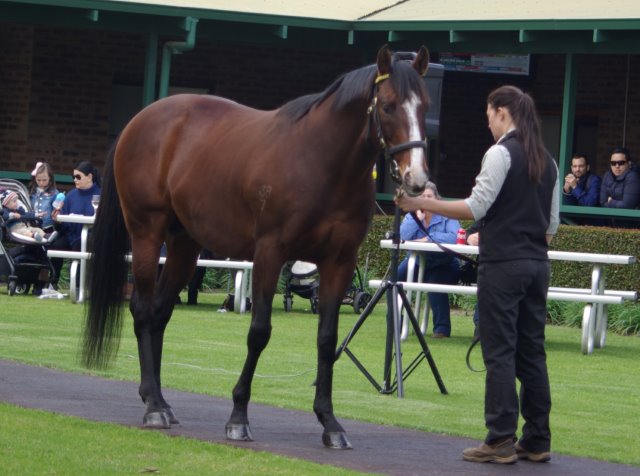