Landfall looks the latest star on the horizon for Myboycharlie after his two-length victory in the G3 Golden Fleece Stakes (1600m) in Ireland.

The Kevin Condon-trained youngster settled outside odds-on favourite Douglas MacArthur (Galileo) and then quickened clear of the Coolmore Stud colt to score by two lengths at Leopardstown on Saturday.

Landfall (2g Myboycharlie – Lana Girl by Arch) had won on debut at the Curragh in August and was easy to back at $10.  He is the 12th stakes winner by Myboycharlie who stands at Vinery for an $11,000 (inc gst) fee.

“He was maybe a big enough price but we really liked him,” trainer Ken Condon said.  “He’s been improving from work to work and week to week.

“He will be put away now and we will aim for some nice races next year.  He has that blend of speed and stamina like all the good ones.

“I haven’t had better than him and would have liked to go for the Group 1 Criterium International in October.  But he’s a gelding so that’s out.”

“I haven’t ridden a two-year-old that went as well since Casamento,” jockey Shane Foley declared.  “He’s a big raw horse and pricked his ears in front and ran around a bit.  He has a great temperament and does everything very well.  Myboycharlie was very speedy, but he seems to relax and a truly-run mile will be ideal.” 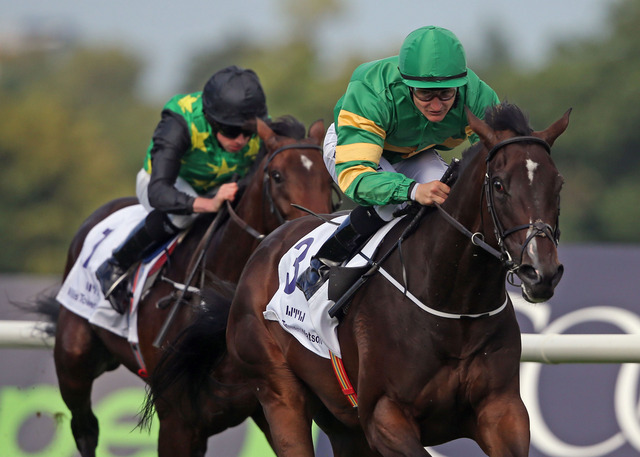