His unbeaten colt Royal By Nature (Ire) stalked the pace then seized control to win the LR Sunday Silence Stakes (1600m) at Louisiana Downs on Saturday.

A homebred for Sheikh Abdullah Saeed Almaddah, he was 5 length debut winner over 1600m on the Indiana turf on August 10.  “He made a big run down the middle of the track that day,” Cox recalled.  “It was a good effort and we put him in a little bit deeper water here.”

His dam Grey Lina (Empire Maker) changed hands as a broodmare prospect for 13,000 euros at the 2012 Arqana December Sale.  She is an unraced daughter of LR Prix La Sorellina winner Mysterious Lina (Linamix).

“He did it impressively in what looked like a solid race,” Cox added.  “We wanting to see him take that next step and he did with the win today.”

Cox claimed the Sunday Silence Stakes with Uncle Brennie (Uncle Mo) last year and he indicated the G3 Bourbon Stakes at Keeneland on October 9 is next for his latest winner.

Royal By Nature is the 13th stakes winner by Myboycharlie.  The Vinery sire struck just hours earlier when his Irish-based youngster Landfall won the G3 Golden Fleece Stakes at Leopardstown. 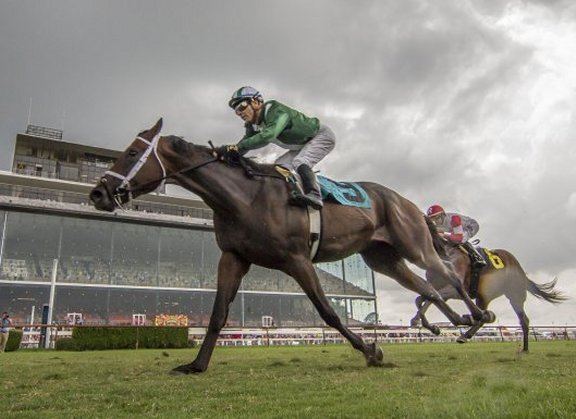