Ask Me Nicely (NZ) was rewarded for his consistency with a hard-fought Listed victory in the $110,000 Boulder Cup (2100m) in Kalgoorlie on Sunday.

The grey stayer is the 5th stakes winner by Moorookyle Park stallion Ustinov and the Boulder Cup is the traditional lead-up to the $160,000 Kalgoorlie Cup (2300m) next Sunday.

Ask Me Nicely had been placed 6 times in 8 starts since his last victory in the $100,000 Western Australian Cup (3200m) at Ascot in April.  “He should have gone out for a spell but is as sound as ever,” trainer Fred Kersley said.  “It pays to keep them going while they’re in form.”

Before relocating to Perth, Ask Me Nicely was trained by Paul Rocke at Mornington for wins at Seymour and Bendigo.  He’s a seasoned galloper in the west and has now won 10 races and been placed 28 times for earnings of $563,545.

His sire Ustinov was a stakes winner for Dennis Marks and so was his dam Took A Chance (Unbridled’s Song).  She won the LR Talindert Stakes at Flemington before going on to a successful career at stud.

There have been five winners to date and the first three – Ask Me Nicely, Itpaidov & Win Win – are by Ustinov.  Her latest foal is a yearling filly by Wanted.

Ustinov is due for more black-type at the Melbourne spring carnival with Albonetti and Sir Mako who filled out a last-start quinella in the Sofitel Girls Day Out Hcp (2500m) at Flemington on September 12.

Albonetti is nominated for the G3 Bart Cummings (2500m) at Flemington on October 4 and the G2 Herbert Power Stakes (2400m) at Caulfield on October 10.

Trainer Chris Waller is also looking at the Bart Cummings for Sir Mako or staying home for the G1 Metropolitan (2400m) at Randwick on October 3. 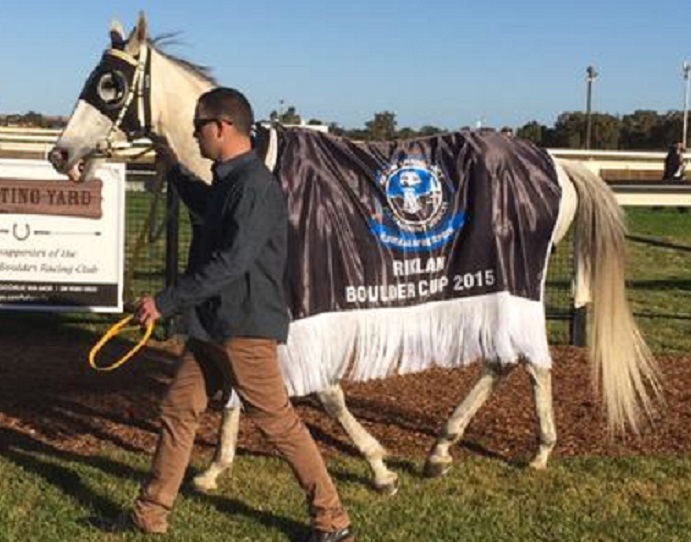