The Danzig stallion’s stock have won over 1200 races and $35.86 million since he retired to Three Chimneys in 2001.  He began shuttling to Yarradale Stud in 2011 and made the move to Western Australia a permanent one last year.

His penultimate crop of Kentucky bred yearlings are currently going through Keeneland Sale which numbers 4162 lots over two weeks of trade between September 14 and 26.

The first of them appears this Thursday – a colt from Street Cry mare Figure Of Beauty (Lot 3289).  His dam is an unraced half-sister to the Rainbow Quest stakes winners Millenary (G1 English St Leger) and Head In The Clouds (G3 Princess Royal Stakes).

The War Chant colt from Point Given mare Sitara (Lot 3801) has Australian connections through his dam’s half-sister Arctic Drift (Gone West).  She was sent Down Under by Darley and has foaled the Exceed And Excel stakes winners Kuroshio and Believe’n’Succeed.

War Chant’s first crop of Sunspeed three year-olds are going from strength-to strength with Bombs Away unbeaten in two starts at Belmont this month.  Those wins book-ended a first-up victory by War Blossom at Northam last week.

Bombs Away (3g War Chant – Metallic Storm by Metal Storm) doubled up with a front-running victory in the Westspeed 3YO Hcp (1000m) on Saturday.  “He has a lot of ability,” trainer Lindsey Smith said.  “He will be spelled after one more race and brought back early next year.” 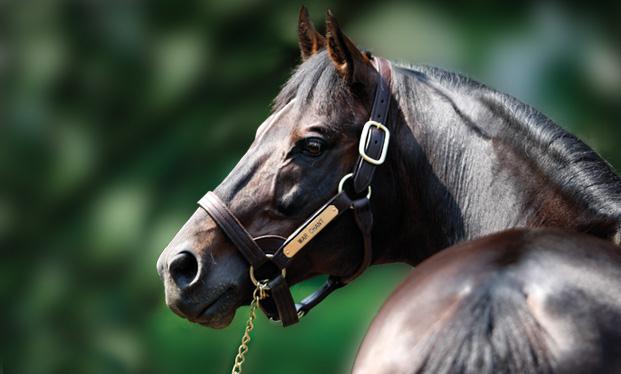