Tauranga trainer Cliff Goss has been around the traps long enough not to go overboard with young ones but he’s making an exception with 3yo filly Casino Princess.

Goss, 90, has ambitious goals for the lightly-raced daughter of Vinery sire Casino Prince following another impressive victory – her second in three starts – at Matamata on Friday.

Casino Princess was a seven-length maiden winner at Tauranga in March and she resumed from a spell with a late charge to claim in the PGG Wrightson Hcp (1400m).

“I think she could be pretty good,” Goss said.  “Not too many can win at that level off their maiden.  I was confident after her gallop on Tuesday.  She came home the last 600m in 34s and did it on her ear.

“I wasn’t so sure when she was cluttered up in the straight today but she’s very determined filly and stretched out really well when Elen (Nicholas) drove her through that gap.

“She’s good enough for a black-type campaign in the spring after a spell at Trelawney Stud.  She will strengthen up some more and it will do her the world of good.”

Casino Princess is the penultimate foal of Sonsy (Thorn Park) who won at Te Rapa and Matamata for trainer Roger James.  There’s no shortage of stamina in a black-type pedigree going back to Melbourne Cup Champion Empire Rose (Sir Tristram).

Casino Prince sprinter-miler Lim’s Cruiser has a more immediate black-type target in the Listed VRC Winter Championship Final (1600m) on July 2.  The widely-travelled veteran has been nominated for Heat 2 of the Series at Flemington this Saturday when the first two home will qualify for the Final.

Lim’s Cruiser is with Hobart-based Scott Brunton and will cross Bass Strait again following an unlucky trip to the mainland for the Bendigo Mile (LR, 1600m) in April.  “It was a massive run.  He came from last of 16 to finish seventh,” Brunton said on Monday morning.  “He ran the quickest final sectional of the day and was only beaten two lengths by Cherry Tortoni.

“He’s been going great since coming back home and pulled up well after winning a trial last week.  I’m sure he will measure up this Saturday.”

Lim’s Cruiser is one of 21 Stakes winners by Casino Prince having been twice-voted Champion Sprinter of Singapore.  Following that second title, he travelled to England for a Group 1 prep and wasn’t out of place in the Diamond Jubilee at Royal Ascot (8th of 17) and July Cup at Newmarket (6th of 12).

He was repatriated to Australia last year by owner Mr Lim Siah Mong and was a Listed winner over a mile in the Tasmanian Stakes and Mowbray Stakes in January – February.  Mr Lim was acting on advice from former leading jockey Stephen Maskiell who now a partner in the horse with his wife Yasmin.  “All the hard work is paying off,” Maskiell said after the Mowbray Stakes.  “He wasn’t quite right last time in but is thriving now and is back to being a very happy horse.” 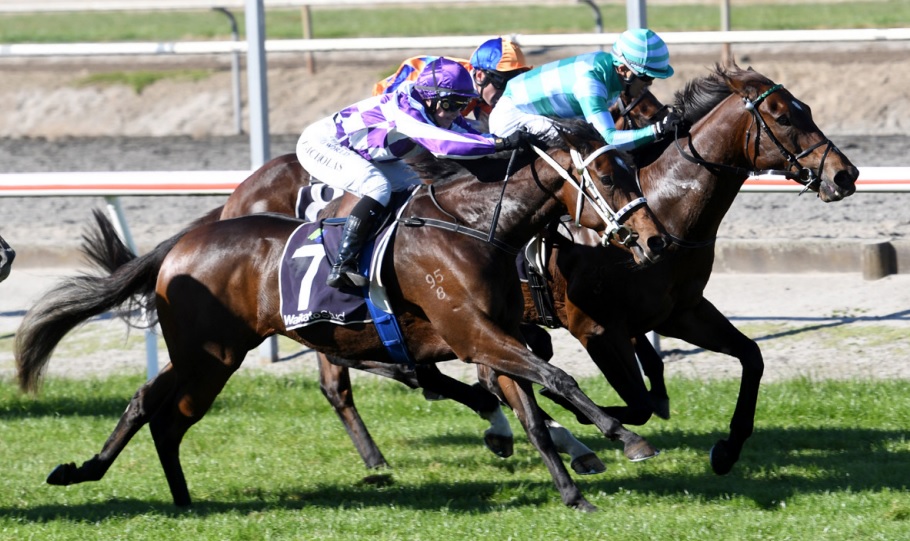