Devoted will be given a black-type winter campaign following a dominant victory in the Zafra Legal Hcp (1400m) at Belmont on Saturday.

Racing first-up since a promising spring prep, he was hard to miss with a big white blaze launching a powerful finish to reel in front-runner Magniforce.  He will now be set for the LR Raconteur Stakes (1400m) and LR Belmont Guineas (1600m) in June.

A homebred for Peters Investments, Devoted had won a Northam maiden on debut last October and he signed off that initial campaign with a Group 2 placing in the WA Guineas (1600m) behind Peters Investments homebred Treasured Star (Toronado).

“I was very happy with that win,” Bob Peters said.  “He pulled up shin-sore after the Guineas and we’re hoping he can make up for lost time at Belmont.  It’s hard to tell if he will get further than a mile but his pedigree brings back memories of Flaming Heart who foaled some nice horses for us.”

Peters was watching the cerise and white silks salute after a quiet spell since True Attraction’s double in the LR Detonator Stakes and LR Bunbury Cup in March.

His dam Morning Mist won six times in her first ten starts in Perth and her strike-rate as a broodmare is just as productive with three winners from as many foals.  Morning Song (Bernardini) opened her account at stud and Special View (Canford Cliffs) also won in town before Devoted who is the first of four colts in a row sired by Newhaven Park stallion Xtravagant (NZ). 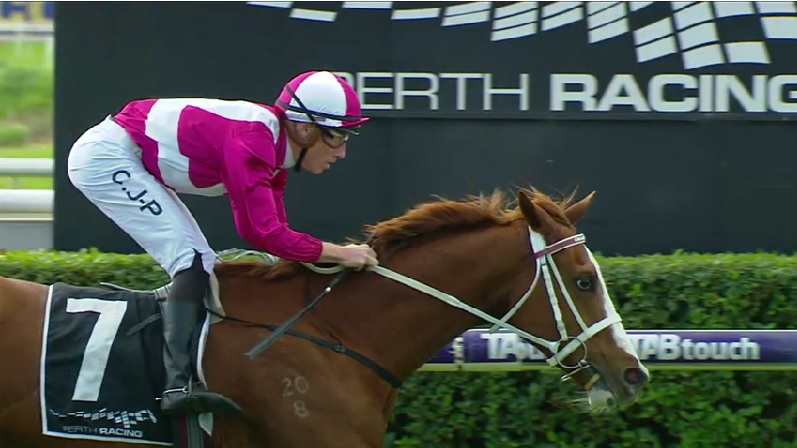