Thursday’s win as an odds-on favourite compensated for her disqualification at Grafton on June 11 when jockey Ben Looker weighed in light.  Trainer Ed O’Rourke, who was saddling her for the first time since a stable transfer from Toby Edmonds, was subsequently fined $1,500.

O’Rourke, 35, hails from Ireland and moved to Murwillumbah earlier this year after training in partnership with Michael Freedman at Randwick.  “I messed up last time but she had really come on since then,” he said.  “Ben was very happy with her trial at home last week.

“It was a tougher race today and it’s another step in right direction.”

Simply Sacred was given the run of the race by Looker on Thursday and ambled up to the leaders in the straight.  She appeared to clock off with the race won and had to lift again to defeat Maid Marilyn (Stratum) by a head.

The beautifully-bred 4yo mare is owned by Emmanuel Bloodstock and is the highest-priced yearling by Scenic Lodge champion Blackfriars.  She is a half-sister to Champion Australian 3yo Filly Delicacy and changed hands for $330,000 at the 2017 Gold Coast Magic Millions.

“I bought their dam Simply Wicked for $4,000 at the 2014 Inglis Australian Broodmare Sale,” Scenic Lodge’s Jeremy Smith recalled.  “She was a well-bred Scenic mare but, at that stage, no-one had heard of Delicacy.

“We sold Simply Sacred through Tyreel Stud at the Gold Coast.  Santo Guagliardo bought Simply Wicked’s yearling filly by Foxwedge and the mare is in foal to Smart Missile.  We brought her back home earlier this year and we will likely mate her with Snippetson.”

Blackfriars (Danehill) has augmented his record-breaking home-town record this season with interstate feature winners like Come Play With Me (G1 ATC Metropolitan).  His Victorian-based 3yo Carnamah won second time out at Ballarat last month and trainer Matt Cumani has entered him for the Neds Hcp (2000m) at Caulfield this weekend.

Blackfriars has just broken through $6 million in prizemoney this season and is three weeks away from claiming his 10th consecutive premiership in Western Australia. 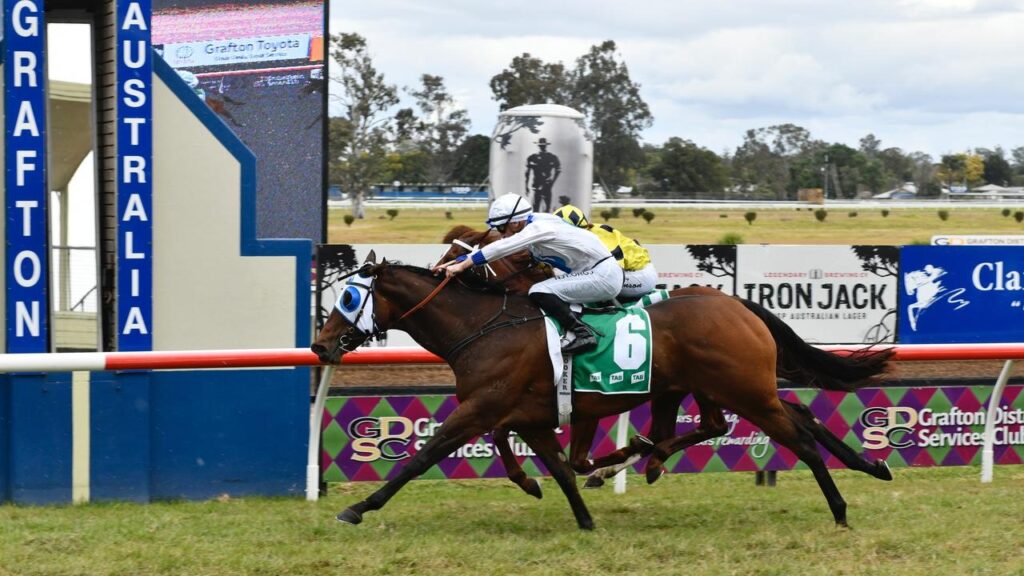