Gilgai Farm-bred colt Grandslam will be given the chance to emulate his Group 1 winning older sister Jameka after streeting the G2 Alister Clark Stakes (2040m) at Moonee Valley on Saturday.

Grandslam (3c Myboycharlie – Mine Game by General Nediym) careered away by six lengths to set up an interstate campaign for the G1 ATC Derby (2400m) at Randwick.  Bookmakers reacted by promoting him to the third line of pre-post markets at $11 for the Sydney classic on April 3.

“She is probably my favourite horse and we’ve always had a lot of faith in Grandslam,” Maher said.  “He’s en route to the Derby now. He has a beautiful action and is a really strong stayer. He does have the tendency to overdo it so we booked Jamie (Kah) today and she rode him beautifully.”

Grandslam was the first of four Victorian-bred winners at the All-Star Mile meeting on Saturday.

Fontein Diamond followed up with an on-pace victory in the $250,000 Country Mile Final for owner-breeders Chris Morey and Terry Hurford who race her in a large syndicate with Wangaratta trainer Ben Brisbourne.

She is by Blue Gum Farm stallion Turffontein from Octangle (Octagonal) and is a half-sister to LR Bendigo Guineas winner Written Up (Written Tycoon).

“It’s my first winner in town and it’s a massive thrill for the stable,” Brisbourne said after his mare caused a $41 boilover.  “It’s the All-Star Mile for us country trainers and I promise you it means more to me than whoever trains the winner of the All-Star Mile.”

Bendigo-trained 3yo Air Defence also sent quaddie punters to the cleaners with a narrow victory in the $200,000 VOBIS Gold Reef (1600m).  Prepared by Shane Fliedner, he cost a bargain basement $4,000 from Merton Creek Thoroughbreds at the 2019 Inglis Melbourne Gold Yearling Sale.

Air Defence is by Hilldene-based Platinum Thoroughbreds sire Stryker and was bred by Merton Creek owners Neil and Sunny Mitchell in partnership with Dr Dawn Giltinan.

Exeter (Fastnet Rock) closed the card with his first win for trainer Danny O’Brien in the $150,000 Chandler Macleod Grand Handicap Sprint (1200m).  He had won three races at the provincials for Lindsay Park prior to David Hayes relocating to Hong Kong.

Managing part-owner Gary Lechte bought him for $110,000 from Tarcoola Stud through the 2020 Inglis Digital October Sale.  Lechte’s connection with the Hayes family goes back to the days when he was a major shareholder in 1986 Melbourne Cup winner At Talaq.

Another Tarcoola-bred Group 1 winner Sacred Choice (Doncaster Mile) was instrumental in the Mornington nursery being named Victorian Small Breeder of the Year in 2011.

Dorrington Farm owners Rob and Sylvie Crabtree flew the flag for Victoria at Rosehill on Saturday when Mizzy finished second in the G1 Coolmore Classic. The Zoustar mare was also runner-up in the G1 Canterbury Stakes earlier this month and she will have a couple of opportunities to make an elite-level breakthrough in the T J Smith and Coolmore Legacy Stakes at Randwick next month.

The Crabtrees have catalogued Mizzy for the Magic Millions National Broodmare Sale in May.  “She will present prospective buyers with an incredible opportunity,” Crabtree said.  “Physically she is a stunning animal – as nice a mare as I’ve ever seen.”

Dorrington Farm topped the 2021 Melbourne Premier Sale with a Written Tycoon colt that made $1.1 million through the Blue Gum Farm draft at Oaklands. 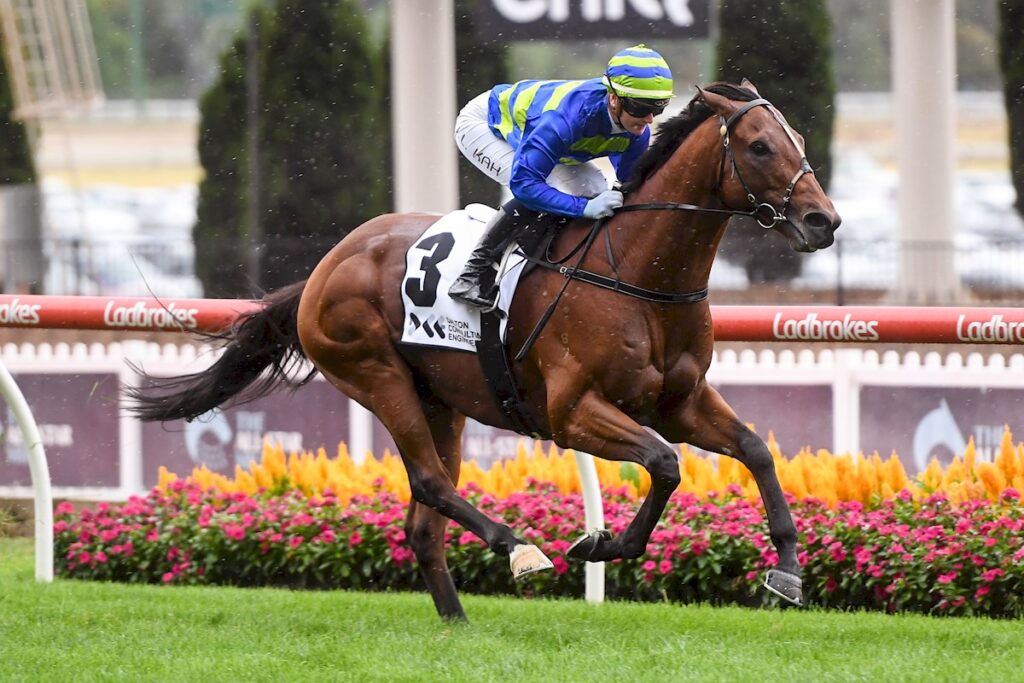