Hayden Ballantyne can kick-start a second successful career with grey filly She’s Greysful in the RL Magic Millions WA 2yo Classic (1200m) at Pinjarra next Saturday.

More than just a footballer turned rookie-trainer, Ballantyne soaked up stable life riding work for his Perth Cup-winning father Graeme.  A decorated forward during halcyon days at Fremantle Dockers, he took out a license two years ago and has already caught the eye of leading owner-breeder Bob Peters. 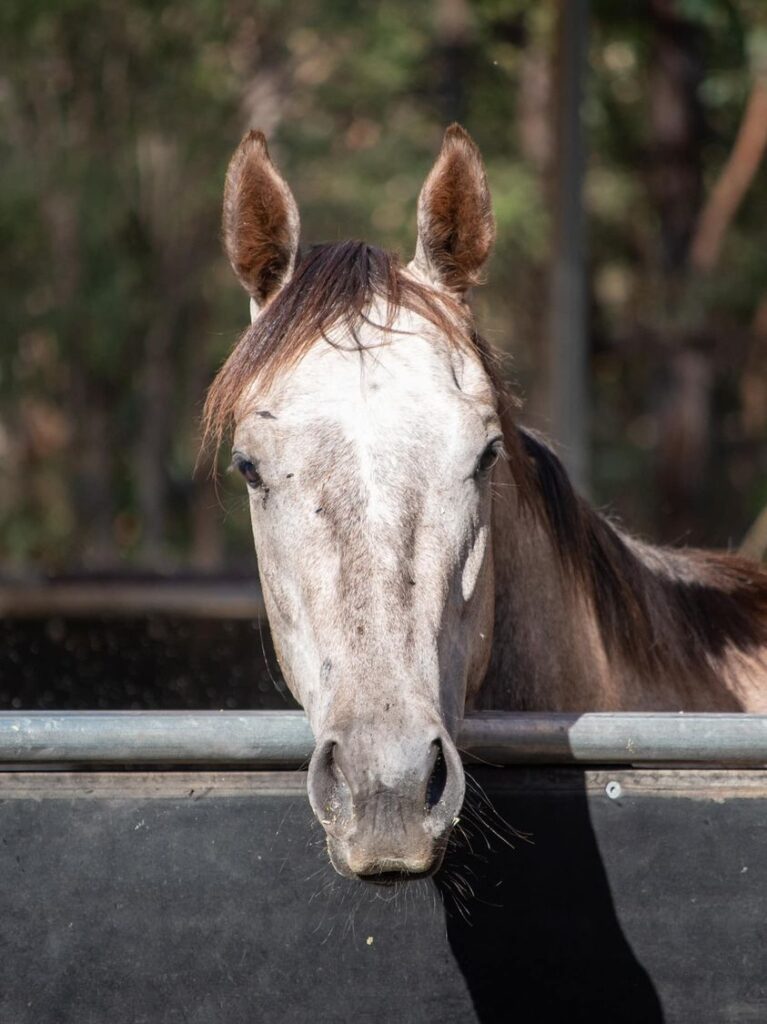 She’s Greysful (pictured) is a second-crop daughter of Geisel Park’s Group 1 winning sire Vert de Grece (Ire) and her stab at black-type will be backed up by stablemate Sentimental Queen who is being set for the LR Bunbury and Pinjarra Cups in March-April.

Ballantyne trains She’s Greysful for a syndicate of 55 ladies who bought her for $25,000 at the 2021 Perth Magic Millions.  Bred by Bunbury-based John Cunniffe from Sheez Our Holly (Zedrich), she was sold through the consignment from Western Breeders Alliance.

“It’s very exciting for all the ladies.  Dave Harrison helped me pick her out as a yearling,” Ballantyne said after she won the Magic Millions Plate (1100m) second-up at Ascot last Saturday.  “She doesn’t need a lot of work but has really come on and is maturing into a nice filly.”

She’s Greysful was knocking on the door after a debut fifth at Pinjarra a fortnight earlier behind the Harrson-trained quartet of Sunny Honey (Patronize), Lucky Sue (Lucky Street) and the Snippetson fillies Snippenova and Vonsnip.

“She couldn’t build any momentum at Pinjarra,” jockey Steve Parnham revealed.  “She ground it out today and was drawing away at the finish.  She’s tough and is a definite chance in the Magic Millions Classic.”