Headwater is building up a head of steam at the back-end of the season with his first crop from Vinery Stud.

His third 2yo winner in the last fortnight…and 8th overall this season…arrived at Randwick on Wednesday when Gunnamatta climbed off the canvas to beat a strong juvenile field over 1150m.

Gunnamatta had been runner-up on debut at Warwick Farm last month and showed the benefit of that outing with a professional win over Jimmy’s Dream.  He was headed in the straight but fought back to defeat the Tulloch Lodge colt on a Heavy 8.

“He spiked a temperature and missed a run last week but he’s turned up and won well today,” trainer Richard Freedman said.  “He’s a lovely colt and probably wants a firmer surface and more ground.

“He’s a relaxed horse and will do anything the jockey asks.  He will get out to a mile eventually and we will give him a rest now and come back to see if there’s a nice little race for him in the spring.”

Winning jockey Brenton Avdulla was always confident Gunnamatta could wrest the lead back from Jimmy’s Dream in the straight.  “The other horse had a clear margin but I knew he would get up and go again.  It took a good one from Team Hawkes to beat him at Warwick Farm and I thought he was a moral last week before they had to scratch him.

“He’s got a future and will be a much better horse in six months.”

Gunnamatta cost $80,000 as Lot 1 at the 2019 Inglis Melbourne Premier Sale when offered (as agent) by Stonehouse Thoroughbreds.  Freedman and his brother Michael train the youngster for a syndicate managed by John McDonald and Matthew Ennis.

His dam Umaquest (Umatilla) won a Chester Manifold Stakes LR at Flemington and she has already foaled Randwick Stakes winner Yattarna who is by Headwater’s sire Exceed and Excel.  The mare is owned by South Australian-based Kambula Stud and her most recent cover was to Vinery’s Group 1-winning graduate Russian Revolution

Headwater is now equal third for individual winners (8) among Australia’s freshman sires this season behind Spill The Beans (12) and Pride Of Dubai (10).  He has two fillies and a colt catalogued for the Scone Yearling Sale at Riverside Stables this Sunday, July 5. 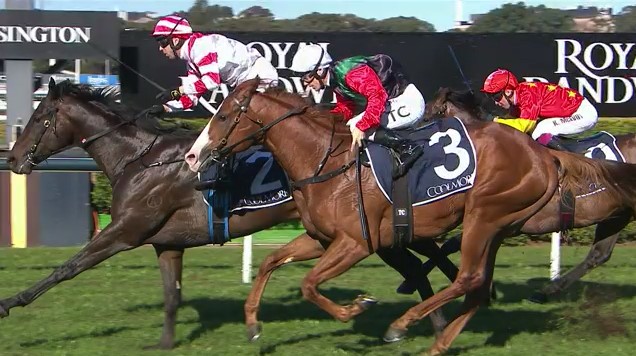