Greyworm was part of a Saturday to remember for Team Hawkes when John, Michael and Wayne combined to train four winners in Sydney and Melbourne.

Michael was there to oversee the team at Rosehill winning the G3 San Domenico Stakes (Exceedance) and the final running-double (Greyworm & God Of Thunder). Wayne saddled Dawn Dawn at Caulfield just days after she arrived from stable headquarters in Sydney.

Greyworm warmed up for the TAB Hcp (1200m) with a barrier trial win over Group 1 mare Arcadia Queen last week. Specked at $7, he sat on the pace and then overhauled You Make Me Smile who had established a big break in the straight. 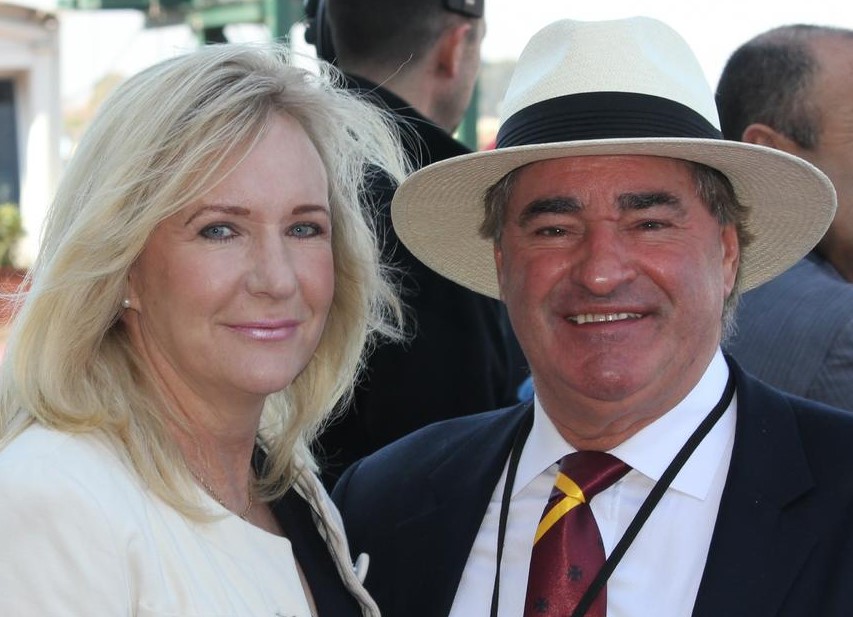 “That was a gutsy win,” jockey Glen Boss exclaimed. “He had a real desire to win today and I could feel it underneath me.”

The grey flyer is a son of Greta West Stud stallion Master Of Design from Canterbury winner Miracle Magic (Dash For Cash). “He’s a pure racehorse. He’s tough and tries his heart out,” Michael Hawkes declared. “I told Glen to put a line through his last run here when nothing went right.

“This was a very strong Benchmark race and he really wanted it today. I think he can win something better.”

Greyworm has a 50% strike-rate winning 4 times in 8 starts commencing with a Mornington maiden on debut in June 2018. He was retained by Wingrove Park’s Joe & Daria Vella (pictured) after a proposed private sale to Asian interests fell through last year.

Before taking a break from the saddle recently, leading apprentice Ethan Brown was also tipping him into a bright future. “Greyworm will go on to bigger and better things,” he said. “He lengthens, gets into a rhythm and puts them under pressure.”